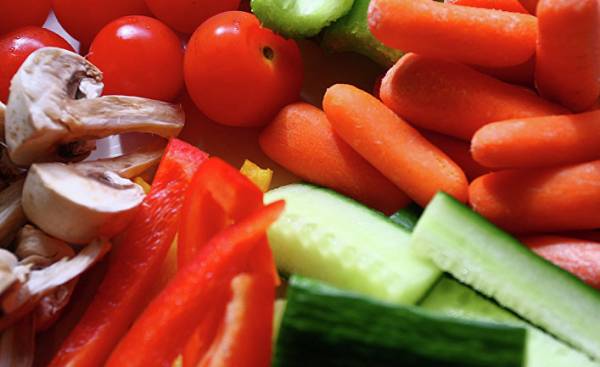 Fasting is in fashion today. How to assure us the authors of the books concerning self-improvement, diet will help to burn excess fat, will order DNA and prolong your life. New scientific research confirms the idea that fasting is good for health. Clinical trials have shown that abstinence from food during the whole five days in a month can help prevent or cure age-related diseases such as diabetes and cardiovascular disease.

“To conduct this kind of research is not easy, says biologist and an expert on circadian rhythms Satchidananda Panda (Satchidananda Panda) from the Institute of biological studies. John. Salk (San Diego, California), which was not involved in the study. — All of their work deserves praise.”

In previous experiments in rodents and human scientists came to the conclusion that intermittent fasting has some positive effects, in particular, may reduce body fat and reduce insulin levels in the blood. However, fasting can be different. One of the most famous programs, diet 5:2, allows you five days a week to eat normally. In each of the remaining two days you should restrict calorie intake to 500-600, which is about one-quarter of the total number of daily consumed by the average American calorie.

Alternative acts diet, mimics starvation, it was developed by biochemist Walter Longo (Valter Longo) from the University of southern California in Los Angeles together with their colleagues. Throughout the greater part of the month, the participants eat as much as they want. Then five days in a row they adhere to diet, including crackers, energy bars and soups, consuming approximately 700 to 1100 calories a day.

The products manufactured by a company in which he participated Longo (but from which it does not receive any financial benefits), and have a high content of unsaturated fatty acids and at the same time a low content of carbohydrates and proteins; both of which can contribute to the renewal of our body and burning accumulated fat. Two years ago the team Longo reported that mice observing appropriate diet for rodents lived longer and showed other positive effects such as lower blood sugar levels and fewer tumors. Scientists also presented preliminary data that showed a possible benefit of this diet to human health.

Recently, researchers have completed clinical experiment by random sampling, in which 71 people for three months followed the diet that imitates starvation, while volunteers in the control group did not change their habitual diet. As reported today by scientists in the online journal Science Translational Medicine, sitting on a diet, the participants lost an average of 2.6 kilograms (5.7 pounds), while the weight of the control group participants remained the same. Override the number of calories also noted the decrease in blood pressure, body fat reduction and altered the waist.

During the three-month study it is impossible to determine whether this diet to increase the life expectancy of people, as was seen in mice that rarely live longer than two years. But Longo noted that in the group of those who followed a low calorie diet levels of insulin-like growth factor 1, a hormone that contributes to aging in rodents and other laboratory animals has sharply decreased. But those study participants who had a high risk of age-related diseases, also noted reduced indicators that indicate metabolic disorders: glucose levels in the blood and total cholesterol.

According to Longo, this diet “cures” aging, the key risk factor for such life-threatening diseases like diabetes and cardiovascular disease. “Looks like we can finally tackle the underlying problem, instead of trying to glue a patch on it,” he says. In future research, the team hopes to determine whether diet to help people who already suffer from age-related diseases, most likely from diabetes or are predisposed to one of them.

Dieting is often hard, however, 75% of subjects following a low-calorie diet, failed to complete the experiment, says gerontologist Rafael de Cabo (Rafael de Cabo) from the National Institute on ageing in Baltimore (Maryland), who was not involved in this work. The next step, says physiologist Eric Ravussin (Eric Ravussin) from the Center for biomedical research Pennington (Baton Rouge), would be to determine whether this diet in the case of people “who, unlike the participants in this experiment, do have health problems”.

Scientist nutritionist Michelle Harvey (Michelle Harvie) at the University hospital of South Manchester (UK) adds that he would like to see the results of longer studies that had discovered the advantages and the fact that people continue to follow this diet. “We need to help a large number of people, but what if only two percent are willing to do it?”