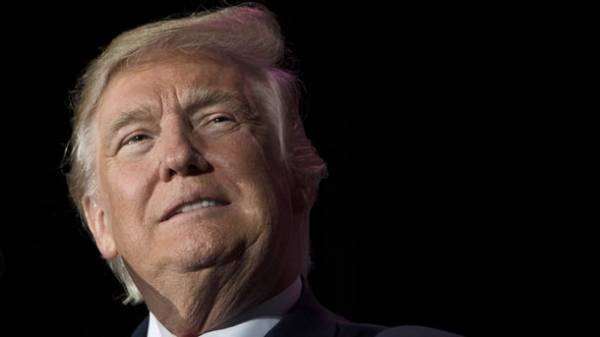 With the departure of Mike Flynn as an Advisor to the US President on national security of Russia opens a new Donald trump. This writes The New York Times, reports Inopressa.

“Euphoria began to give way to apprehension even before Michael Flynn, national security adviser of the President of trump and an alleged supporter of Russia, resigned. This increased anxious mood”, says the Moscow correspondent Neil MacFarquhar.

“The resignation of Flynn on Monday for his contacts with the Russian Ambassador in Washington – only the most recent in a series of uncertain signals from the side of trump and his advisers on many issues important to Russia, especially about the lifting of economic sanctions,” the article says. Many major political figures are wondering whether hope for change is premature.

In recent years, Putin seeks to resurrect a time when the USA and USSR, the two great nuclear superpowers were the main arbiters of the world order. But Russia does not have the power of the Soviet Union, and Putin has tried to increase its weight, shocking the world with an unexpected tactic: seize Crimea, destabilized Ukraine and deployed its armed forces in Syria in support of Bashar al-Assad, writes MacFarquhar.

“In Moscow, some say that Clinton, as a more relaxed hand on the lever of power, would be predictable and therefore is more preferable for the Kremlin leader, even hostile. Now there is a sense that the Kremlin may be unsettled by the President is much more powerful countries that apply favorite tactic of Putin – the unpredictability,” says the article.

“In the end, trump will curb, and it will behave increasingly like a President, but he also has a tendency to unpredictability, which works against the Kremlin, – said the journalist Konstantin von Eggert. – This creates a situation in which the stronger player with the same unpredictability as a strategy to enter the arena. Putin didn’t expect that”.

Trump began to be confused the political map in a way that Moscow considers objectionable. “He said that sanctions may be lifted in exchange for a better deal on nuclear weapons. The administration of the trump, it seems, wants the Kremlin distanced itself from Iran, its ally Syria, and from China,” said MacFarquhar.

“Now began to appear articles in the Russian media, calling into question the need to improve relations with Washington,” writes the correspondent.

Political scientist Sergei Karaganov wrote that Russian foreign policy is successful and should go on the course. He didn’t even mention trump. Fyodor Lukyanov, another spokesman for the establishment, noted that Moscow runs the risk of alienating many new and important friends, if it is too closer to Washington.

The author also notes circulating in Moscow, “conspiracy theory”. The parliamentarian Alexei Pushkov wrote in his Twitter, that after Flynn’s next, a trump.

The first summit between Russia and the United States will be meeting Secretary of state Tillerson with foreign Minister Lavrov on Thursday, according to MacFarquhar. Trump and Putin held telephone talks at the end of January, but the meeting between them is not expected until the summer of this year.

The Kremlin is, presumably, in the coming months will try to smooth out the exaggerated expectations of the public, already focused on this first meeting, said von Eggert. “In these circumstances,” he says, ” I think the Kremlin is only to wait and see.”

Earlier, the White house said that US President Donald trump expects that Russia will be engaged in de-escalation in Ukraine and return Crimea.