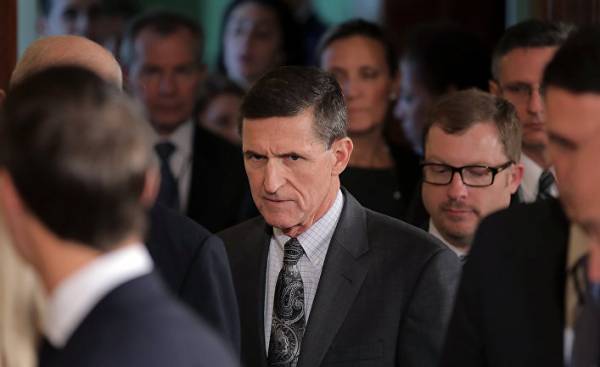 Valentine’s day began with news about changes in the immediate environment of the President of the United States Donald trump. Shortly before midnight Washington time (or after six in the morning Kyiv time) the White house officially announced the resignation of Michael Flynn, presidential adviser on national security and one of the oldest colleagues of trump’s in the part of the administration of the United States. Starting in 2016, Flynn was a consultant to trump on international policy and national security.

The importance of this story adds something to the resignation brought Flynn’s contacts with the Russians. More precisely, the constant media attention to these contacts. By the way, Flynn appeared in the so-called spy report on the influence of Russia in the American elections as one of the key contacts of the Kremlin. The accuracy of these data still remains in question — rather, the report contains many inaccuracies and errors. Now, however, it is safe to say that the questions to the Advisor of the tramp originated not in vain — even those of his actions which are already confirmed U.S. intelligence caused Washington a lot of questions.

The story of the resignation of Michael Flynn revolves around his telephone conversations with the Russian Ambassador to the U.S. Sergei Kislyak. Supposedly they talked on the phone Dec 28 — the very day when President Obama announced the expulsion of U.S. 35 Russian diplomats and banning the access of Russians to one of the objects of real estate used by them. The newspaper the Washington Post in January reported details of these conversations: according to journalists, then Flynn called on the Russian interlocutor to discreet reply and assured that the new American government will consider the abolition of the new sanctions after the trump will officially assume the duties of the President.

Flynn was not an official officer of his (as well as other members of the team trump) was appointed only in January. To some extent the problem posed by the legal requirement that a private person can’t conduct negotiations with representatives of foreign countries, assuring them that speaks on behalf of the United States. But the real reason for the resignation was more. And the value of the Flynn team relationships trump of the Russian Federation is not limited to its communication with the Ambassador.

Russian fees and photos with Putin

Advisor to trump on national security (now ex) was a man falling from the matrix the usual representatives of the American establishment. Former chief of military intelligence Michael Flynn is known for his Islamophobic rhetoric and fascination with the conspiracy theory. He was the ideologist of harsh statements trump on future U.S. actions in the middle East. In particular, in his opinion, the US should cooperate more closely with Russia in the fight against “Islamic state”.

Anyway, on the Russian vector “feature” Flynn was most noticeable. A well-known example: in 2015, he took part in the celebration of the 10th anniversary of the TV channel Russia Today, and it was at this event the guest of honor, taking his place at the right hand of Vladimir Putin. It was later revealed that he received honoraria from RT — after public questions about this Flynn acknowledged that he advised the Russian propaganda channel.

The fees have not been disclosed, but the fact of their receipt became the basis for the claims in his address — U.S. law prohibits officials to obtain funds from foreign governments, even indirectly. And Michael Flynn remembered that was involved in a controversial document on the relationship of trump with Russia and with the dirt on it. “The Kremlin interacts with several powerful players, including Stein, Paige and the former Director of intelligence of the Ministry of defense Michael Flynn, including funds their visits to Moscow”, — says in one of the reports. At least, the question of a trip to the celebration with Putin these data were confirmed.

The reason is a lie, and not call

But back to retirement. What is happening now in Washington, is reminiscent of the scandal… former President bill Clinton after the Monica Lewinsky. As you know, history with fornication bill in the oval office almost led to impeachment — but not because of the relationship of the President and his Intern, and due to the fact, that the President lied under oath. The same in history with Michael Flynn.

At first he denied the fact of the conversation, but later was forced to admit that he had a place. The story of the allegations against Flynn were unfolding back in January, before the inauguration of the trump. During this period the team of the elected President were held together, reflecting the attacks. Including charges by the intelligence services, which conducted the investigation about Russian intervention in the election results.

Frankly, then trump was afraid that the inauguration did not take place, and therefore sometimes went broke. Perhaps because of this lie Flynn was supported by the Vice President Pensions. “I can assure you that conversations Flynn, occurred at a time when the United States adopted the decision on expulsion of Russian diplomats, did not address the issue of what to do with the sanctions”, — stated categorically he had in an interview to CBS.

But the story continued to develop.

In February it became known that intelligence agencies have evidence to the contrary. February 13 Washington Post publishes a new article about Flynn’s contact with Russian Federation, with reference to the heads of the justice Ministry and intelligence agencies. The White house decided it was time to react. The only guilty decided to make Flynn the most, withdrawing from the blow, other members of the team, including trump and Pence. To do this, Flynn wrote a letter of apology, which is immediately conveyed in the American media.

Former adviser to the US President assured that he did anything wrong, but simply forgot to notify the user about the details of the conversation with the Ambassador of the Russian Federation, and therefore setting them up. “I had numerous phone conversations with foreign partners (in the period before the inauguration of the trump. — Ed.). Such calls are a standard practice. Due to the rapid development of events I inadvertently said the Vice President and other incomplete information about my telephone contacts with the Russian Ambassador. I sincerely apologized to the President and Vice-President, and they accepted my apology,” reads the document.

“He says he doesn’t remember details of the conversation, but bad memory is not the quality that we expect the adviser to the President on national security,” — commented on the letter, a source in the White house.

Blackmail is not a problem. The media is the problem

“The main issue was not whether he was speaking with the Russian Ambassador about sanctions, and whether he said the truth the Vice President,” CNN quoted White house spokesman, who explains the motives for the resignation of presidential adviser, in an article dated 14 Feb. But in fact, it would be foolhardy to claim that the issue is only in actions of the former adviser.

Moreover, you should not assume that together with the resignation of Flynn’s trump breaks the bonds of his team with the Russians. That the problem is not just ignorance of the White house, testifies, in particular, published on Monday an article in the Washington Post.

There are talking about the letter of the then acting attorney General Sally Yates, directed the administration of the tramp at the end of January. It said that “Michael Flynn misled the country’s leadership on the substance of his communication with the Russian Ambassador,” says WP. Also, according to the newspaper, acting attorney General warned the presidential administration that the then adviser on national security vulnerable to blackmail by the Russians.

This information edition confirmed as former and current officials, so with high probability we can say that the meaning of the letter was. So why is the White house did not respond immediately, back in January? And the information about the Russian royalties Flynn — this is not intelligence, Flynn personally confirmed. Combined with the activities of key individuals in the White house responsible for national security (including international)?

Another day ago trump considered that no conflict of interest here. And the only thing that made him to change his view, was pressure from the media. Despite the fact that trump is trying to position himself as a President who pays no attention to media criticism, in fact he was forced to react. And without pressure from the media (and we are talking about the media sympathetic to the Democratic party!) any changes would not have occurred.

And this is perhaps the most important reason for optimism in the current situation. Because it means that in the event of a sharp reversal, which is contrary to the interests of American politics, trump may be forced to take a step back. 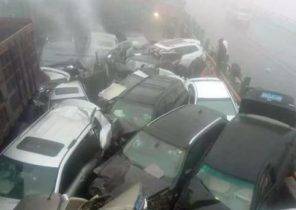 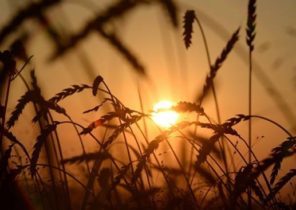