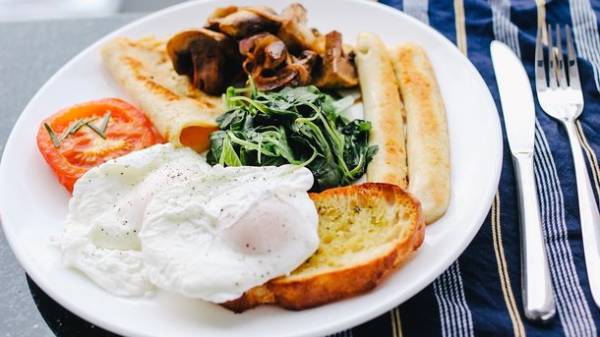 Experts from the UK called nine nutrients, lack of which can cause depression in the body, according to sobesednik.ru.

The researchers came to the conclusion that women are significantly more likely to be victims of depression than men. And in 2008, scientists have found that this is due to higher prevalence of anaemia among women in the age group from 25 to 45 years. Anemia is iron deficiency, which also causes chronic fatigue.

Over the last few decades at least five research groups came to the conclusion that the level of zinc in victims of clinical depression is significantly reduced. In the future, scientists have found that oral supplementation with zinc does treatment with antidepressants more effective. Another plus is that zinc also protects the brain cells from damage caused by free radicals.

Doctors observed that patients with depressed level of folate, or folic acid, is reduced by 25% compared to people who do not suffer from depression. If you are taking antidepressants and have a folic acid deficiency, the effect of treatment can be reduced. However, the intake of 500 mcg of folic acid along with antidepressants, as scientists believe, will make the treatment more effective.

Fans of low-carb diets lose more weight in the long term that can lead to depression. This is due to the fact that the production of the chemicals serotonin and tryptophan in the brain that provide a feeling of good mood, stimulated by containing a large amount of carbohydrates with food.

Protein is useful not only for athletes who dream to build muscle, they also contribute to the more effective functioning of the brain and promoting mental health. This is due to the fact that many of the neurotransmitters in the brain are made from amino acids found in proteins. If you follow an unhealthy diet and do not consume sufficient amount of protein, then you face depression.

The brain is the organ in which the highest level of lipids or fats. In fact, the gray matter consists of about 50% fatty acids. Studies suggest that omega-3 reduces the symptoms of depression effectively and improve mood.

Scientists have observed how patients with depression reported improvement in mood after treatment of deficiency of vitamins, which includes vitamins B1, B2, B6, B12, and thiamine. Teenagers and elderly people who have deficiencies of vitamin b, are often faced with cognitive changes, which can lead to depression.

In 2012, researchers said that the victims of chronic stress, we need to use a dietary Supplement with magnesium, as a deficiency of this mineral leads to depression and anxiety States. The increase in the content of magnesium in the body due to food protects mental health.

When vitamin D deficiency slows down the process of absorption of calcium. Because of this, calcium starts to climb up the body from the bones, which reduces their mineral density. Vitamin D deficiency causes muscle weakness and pain. These factors may be direct or indirect causes of depression.

We will remind, what foods lead to diabetes: the Singapore scientists said.