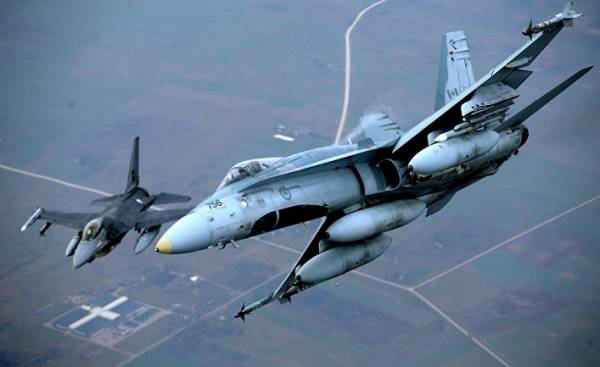 A few days ago, real events have once again confirmed that wonderful era of world peace has not yet arrived. Russian strategic bombers circled Europe like during the cold war, and became a painful reminder that the conflict between the East and the West, unfortunately, again, it is easy to prevent.

During the cold war the pilots of the Soviet Union and NATO had provoked one another, flying near the airspace of the enemy. It made the air defense system to be alert, have led to greater vigilance on the part of both sides and would say to the other side: “We are here and ready to shoot!” It was during the time when nuclear Apocalypse seemed imminent, and the catastrophe was averted only by a miracle.

Then, after the collapse of the Soviet Union, for some time it seemed that was the end of the story. The so-called book of Fukuyama, no? It turned out that the famous philosopher was a bit mistaken and that after 25 years of peace history again moved in a spiral to the point that threatens a conflict. As in the days of the cold war. Let the world has changed, the participants are the same. Is Russia under another whip that opposes the West — specifically NATO.

This week, two Russian “White Swan” (strategic bomber Tupolev Tu-160) flew over Europe from St. Petersburg to Gibraltar. They went through the airspace of NATO countries — of course, off the transponders. In five countries in the air were raised fighters, and the Russians, circled the continent went home. This is a clear and undoubted game of nerves, provoking NATO saber rattling.

If someone thinks that it is not necessary to do two aircraft problem, then let me remind you that these two huge bomber can carry up to 24 cruise missiles KH-55SM Granat. And these carriers of nuclear warheads is extremely difficult to detect with radar and to eliminate air defenses. Each missile can carry a warhead with a capacity of 350 kilotons. For comparison, the Hiroshima bomb was 13 kilotons. So two “That”, they start when flying over Europe over international waters 24 missiles, can destroy a significant part of Western Europe in just a few minutes.

This Russian game of nerves proves one thing: Europe needs to get together and start to fulfill its obligations and promises, and the member countries of NATO should actually allocate two percent of GDP on the army, as it had pledged. While almost all of them, except the United States and Greece — spit on that commitment.

European leaders expressed concern about trump’s desire to make the Alliance members to provide for the defense as much as they promised. It is quite legitimate and urgent requirement. After all, its Eastern counterpart Vladimir Putin proves that the weapons purchased with this money very soon and suddenly we may be useful to protect against new Russian expansion.