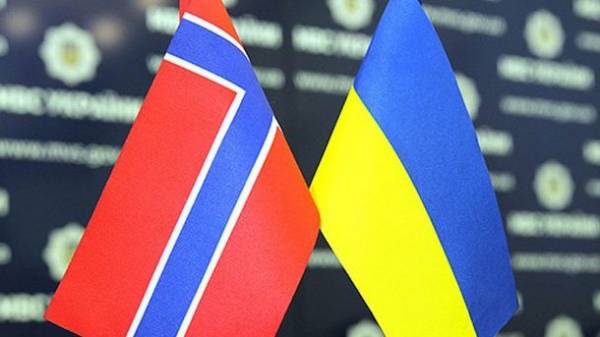 Norway has always supported Ukraine on the issue of sovereignty and territorial integrity and points to the importance of maintaining sanctions against Russia until full implementation of the Minsk agreements.

“Norway’s position on supporting Ukraine in the issue of preservation of sovereignty and territorial integrity remains unchanged,” said state Secretary of the Ministry of foreign Affairs of Norway Marit Berger, Island Monday during the Ukrainian-Norwegian consultations on the occasion of the 25th anniversary of diplomatic relations, reported on the website of the MFA of Ukraine.

Separately, the parties discussed the state of implementation of the Minsk agreements. The Ukrainian delegation informed about the consequences of the recent escalation of Russian aggression in the Donbas. “The Norwegian side stressed the principled position of the Oslo condemning any manifestations of violations of international law and pointed to the importance of maintaining sanctions against Russia until full compliance with the Minsk agreements”, – stated in the message.

Norway will continue the participation in projects of humanitarian assistance to the Ukrainian population affected by Russian aggression.

In addition, the sides noted the high activity of partnership between Ukraine and Norway in particular noted the impact of the recent official visit of the President of Ukraine Petro Poroshenko in Norway. Also noted the growth of bilateral trade by the end of 2016.

Head of the Ukrainian delegation, Deputy foreign Minister Vadym Prystayko has expressed interest in taking over the Norwegian experience in the development of relations with the EU.

The two sides also discussed cooperation within NATO, including the implementation of projects with the support of trust funds.