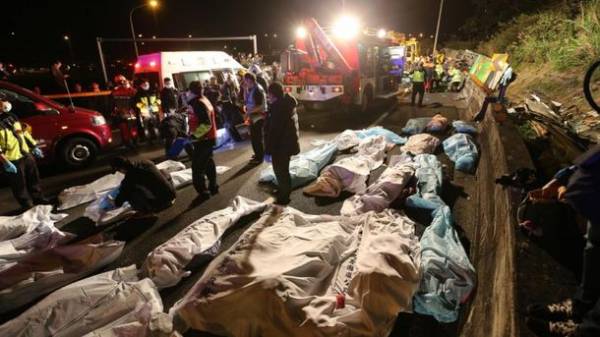 A car accident involving a tourist bus in Taiwan resulted in the deaths of 32 people, passed on Monday by the Western media.

In addition, 16 people were injured, 12 of them are in the hospital.

At the time of the tragedy the bus was carrying 42 passengers and the driver and the tour guide. Most of the passengers were elderly, they were returning from Taichung, according to the publication. All were in the bus people – a resident of Taiwan.

According to preliminary data, the bus overturned through the fence at the edge of the road. Currently at the scene working rescuers.