I hope not to seem too cocky but I was one of the last. While it is possible to say that I was wrong.

A speech delivered at the inauguration, pointed to the fact that trump decided he was chosen dictator, not for President of the country, the fundamental principle of clear separation of powers. Since taking office, he began at a frantic pace to issue decrees on all occasions.

For all who shows resistance, bombarded with abuse on Twitter: the opposition, media and judges.

Most alarming decree trump, which in practice prohibits the entry into the country from a number of Muslim States. He ran into predictable problems with the justice. A Federal appeals court in San Francisco where one of the three judges appointed by Republicans upheld the lower court decision: the decree trump illegal.

One of the arguments is that the ban on entry into the country does not allow to enter the United States for religious reasons, and this is contrary to the constitutional provision prohibiting religious discrimination.

President Donald trump reacted to this typical way — post to Twitter sloping large letters: “SEE YOU IN COURT” (“See you in court”). He will again appeal the decision, possibly in the U.S. Supreme court.

The current presidency is so specific that you can analyze it extremely difficult. Because those who are trying to do it, just don’t compare.

For presidents to the trump, it was important to try to unite US, not divide. For them — especially for Republicans — it was important to defend the Constitution and principles of separation of powers, not to undermine them. Predecessors trump sought to act in concert with other governmental bodies to implement as much of its agenda, and not to quarrel with them.

Behind it the majority of voters

So: how should we understand what is happening? It is not excluded that trump and his team are game you expect to win no matter what. If they manage to carry out its policy — in spite of all resistance, is a victory. If the resistance is too strong, it can also be interpreted as a kind of victory because it confirmed the basic thesis of the trump that the system conspired against him and his constituents.

Because one thing is absolutely certain: if trump as President is waiting for impeachment or crushing defeat at the next election, he responsibility will not take. He passed it to all those who are not dancing to his tune.

Although only a very small portion of Americans believes that the President is doing the right thing (“approval rating”), he still enjoys great support among their own voters. They like a President who wants to close the borders for Muslims to build a wall on the border with Mexico, to protect American industry, abandoning free trade, like the President, scolded the media and all the other “elite” again — except for billionaires.

Support the majority of the electorate can inspire to continue in a kind of apocalyptic crusade which will end where the end of the campaign, threatening him and even more dangerous for the country.

But there is a possibility that the trump is only now beginning to understand that “all” are trying to convey to his consciousness for quite some time: that he can manage US as manages his business Empire.

And although perhaps some do not think so, he recently showed moderation in several important areas: for example, his attacks on the NATO became more subdued, he backpedaled on the question of CIA use of torture, slightly revised the infamous immigration Ordinance, responding to the existing objections, and declared support for the policy of “one China”, which reduces the risk of conflict with the Chinese.

The trump property consists partly of rather extreme-minded representatives of alternative right, partly from the more conventional conservative Republicans, particularly moderate Republicans. The power struggle has just begun, but reports are already saying that the gap between them is quite strong.

The relationship between the President and the Congress, too, can be difficult, although the Republicans in the majority.

If you think logically, between the trump and the Republican party must be a conflict, if logic can ever be applied to the assessment of the regime trump. The idea that the United States can be controlled using the commands that a popularly elected President will give the White house is unamerican, but it is still quite nerespublikansky.

Hard to believe at all

Simply put: the Democrats — especially Democrats that the party’s name. For them the most important — the will of the majority of the people. Republicans believe in the Constitution, and it guarantees the individual’s rights, States ‘ rights and a strict separation of powers. Democracy at the Federal level is only part of the whole.

Traditional Republican hate to see Donald trump goes against the Constitution and trying to concentrate all power in the White house. The pain slightly satisfies political support, but one can hardly assume that the intensity of pain may last four years.

But then again, (but again) as they speak their foreign language, everything to do with trump, hard to believe. Gradually we’ll know whether he can change US forever, whether he is in a sea of fire, or he — after his impetuous desire to act, at the beginning, however, calm down and elect a moderate rate. 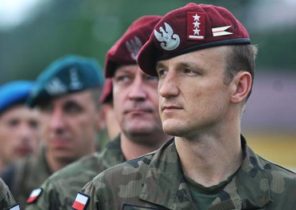