NEW YORK — Those who told us that Islam, and not just revolutionary Islamism is a mortal threat to Western civilization, can now feel the satisfaction: agree with the US President and his principal advisers. As expressed on Twitter General Mike Flynn, Advisor to Donald trump on national security issues, “the Fear of Muslims is rational”. Stephen Bannon, a former Executive Chairman of the publication “alternative right” Breitbart News, and now the Director of political strategy at trump and a Board member of the national security of the United States, claims that “Judeo-Christian” West is waging a global war with Islam.

Trump has promised to put “America first”, borrowing this slogan from the American isolationists of the 1930-ies. Their most famous representative was the pilot Charles Lindbergh, a known anti-Semite, blamed Jews and liberals that they dragged US into a war with Hitler — a man he admired. Lindbergh believed that “we can live in peace and security only so long… while we are defending ourselves from attacks by foreign armies and dilution by foreign races.”

So the slogan “America first” racism is in the DNA. But are the views about Islam that are now established in the White house, something similar to the anti-Semitism of the 1930-ies? Maybe Bannon, Flynn and trump just updated the old prejudices, replacing some of the other Semites?

It is possible that even and not replaced. Amazingly strange it seemed that trump did not mention Jews and anti-Semitism in his statement on the day of memory of victims of the Holocaust. And has not gone unnoticed made during the election campaign warning against the Jews, including George Soros, which have been declared part of a global conspiracy to weaken America.

However, there is an obvious difference between the 1930-ies of our time. Then there was the revolutionary movement of Jews who commit horrible atrocities in the name of faith. And then there were countries with a Jewish majority, hostile towards the West.

However, the similarity between anti-Semitism then and now is striking. One of the frightening symptoms is the use of biological language in describing the enemy. Hitler called the Jews toxic “racial microbes”. The title of one of the widely distributed Nazi pamphlets read: “the Jew as world parasite.” Frank Gaffney, an influential figure among the surrounding trump ethnic nationalists, calls Muslims “termites” who “emasculate civil society and other institutions.”

When people start talking about parasites, germs or harmful termites, it will be followed by the conclusion that they must be destroyed for the sake of protecting public health.

However, you can find another difference between the persecution of the Jews and contemporary hostility to Muslims. Pre-war anti-Semitism has been directed not just at believers of the Jews, but also (or even primarily) to assimilated Jews, which was already not so easy to distinguish from the rest. Anti-Muslim prejudices are less racial, they are more related to cultural and religious differences.

But even this difference is perhaps more superficial than real. The anti-Semites of the nineteenth and twentieth century believed that a Jew is always a Jew no matter what he or she believes which profess faith; while the Jews will always be loyal to his countrymen. Judaism was seen not as a spiritual faith, but as a political culture, which by definition is incompatible with Western civilization and its institutions. This culture was in the blood of the Jews, and for her protection they supposedly will always lie to non-Jews.

These views appeared long before Nazism. Moreover, they were the reason, why in 1814 the well-educated authors of the project of the first Constitution for an independent Norway forbade the Jews to be citizens of this country. The basis for their exclusion was the protection of the principles of the Enlightenment: Jewish culture and beliefs would inevitably undermine liberal democracy in Norway.

Today the enemies of Islam often use this argument: Muslims lie to infidels. Their religion was not spiritual but political. They may look moderate, but that’s cheating. In the words of Gaffney, we should be wary “of this secret, latent forms of Jihad.”

But even if fundamental fears and prejudices about the Muslim and Jewish conspiracies are similar, their effects will probably be very different. The Jews, whom the Nazis considered an existential threat to Germany, could with impunity to harass and then kill in droves. Apart from a few little desperate uprisings, the Jews had no chance to resist to power of the Nazis.

But the brutal ferocity of revolutionary Islamism can be ignored. Islamist terrorist attacks in Western countries can be prevented only by high-quality intelligence and police work, particularly in Muslim communities. But if you reject and humiliate all Muslims, then the situation with terrorism will be much worse. And you can easily guess the impact of “global war on Islam” in the extremely volatile political situation in the middle East and Africa.

In this case, the “clash of civilizations” exists only in the mind of Islamic terrorists, as well as their most ardent enemies will cease to be a fantasy; it can really begin.

While it is not clear whether the light crusaders trump this fire, because I do not fully understand what you’re doing, or they really want a big fire. The degree of blatant ignorance in these circles should not be underestimated. But, perhaps, not be too cynical to assume that ideologues trump really want blood. Islamist violence will have to answer to the laws of the state of emergency, state-sanctioned torture, restriction of civil rights or, if in a word — authoritarianism.

Perhaps this is exactly what trump wants. But of course, this is not the result, which would like the majority of Americans, including some of those who voted for trump. 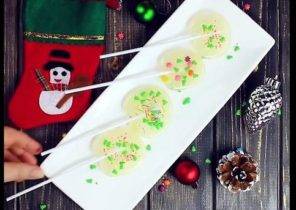