Someone who is smart, he copies the successful concept of his friends, especially when they are depicted in every detail. Tomoyuki Yamashita (created by Tomoyuki Yamashita), Lieutenant General of the Japanese army and an expert on Europe, chaired from December 1940 to June 1941, the military delegation in the Third Reich, and closely acquainted there with the concept of doing the blitzkrieg. Just in the spring of that year, was a success both from the beginning planned as a blitzkrieg, the military campaigns of the Wehrmacht against Yugoslavia and Greece.

Six months after his return from Europe, Yamashita took command of the Japanese 25 th army on the occupied Chinese island of Hainan. Her task was to capture the Malay Peninsula shopping city and a British colony of Singapore on the southern tip of the Peninsula. In fact, this included the four divisions, but the General who commanded the troops, he believed that three will be sufficient, writes the German-Japanese historian of our time, Melber Takuma (Takuma Melber) recently he defended his doctoral work “the Japanese occupation of Malaya and Singapore (1942-1945)”. It will be released as a book this fall by the publishing house Campus Verlag in the new series “War and conflict”.

The goal of the 25th army was a truly ambitious: a hundred days her troops were to move from 720 to almost 1000 kilometers from the main drop-off points in Songkhla and Pattani in Thailand and at Kota Bharu in the North-East of the British colony of Malaya to Singapore.

In comparison with the average advance of the Wehrmacht from 15 to 20 kilometers during the blitzkrieg of 1940-1941 seven to ten kilometers, which are planned to Yamashita, it was not so much. However, compared to the previous war and most military actions of the Japanese army from 1931 on the Asian continent it was a lot.

The General European practice provided sufficient time, he expected at least two weeks with the siege of Singapore, the Central military naval base of the British Empire in Asia. Despite the difficult terrain, impassable for cars jungle with relatively few and not very well constructed roads, mainly along the coast, for this campaign was provided by the advancing 12 to 15 miles a day. Not accidentally, the major-General Saburo Kawamura (Kawamura Saburo) recorded 3 December 1941 in his diary: “the Speed at which the war is vital”.

The campaign began the British did not realize that as many as 26 thousand Japanese soldiers of the first wave of the advancing armed forces have made in Hainan in the direction of the Malay Peninsula. Managed also landing on 8 December 1941. The Taiwanese armed forces although he had at first some resistance, but after noon, the government in Bangkok gave the attackers a free pass. In the North of the British colony and were quickly captured by the military base of the Royal air force with many aircraft, or they were destroyed.

Although Japanese troops and used about 200 light tanks, in most cases, tankette type 94, which was two times lighter than the German Panzer I, basically, they carried out “blitzkrieg on bicycles”. Each of the divisions used in Malaya were equipped with six thousand bikes, additional bikes were requisitioned on the spot.

British Lieutenant-General Lewis Heath (Lewis Heath), which was to defend the colony by a Third Indian case, called the use of “an army on wheels” one of the “significant factors” which so stunned the British unit, they were unable to organize a unified defense. In fact, some Japanese units, although in the Western part of Malaya, where the resistance was not so significant, was advanced a day to 60 and some, allegedly, even at 120 kilometers.

Therefore, the defending side had no choice but to proceed with possible organized retreat, during which were destroyed or blocked numerous roads and bridges. In total, the Japanese army counted when advancing in the direction of Singapore, 250 bridges destroyed, summed up Takuma, Melber.

Despite this, the promotion surpassed an ambitious goal. Kuala Lumpur has also been captured four days before the deadline — 11 instead of 15 January, 1942. Conversely, on the East coast, the fighting was much more fierce. There was so much blood spilled and loss on both sides was so high that in the Japanese language rooted word Senmetsusen — “war of annihilation”.

4 Feb 1942 began the final battle on the Malay Peninsula for the island of Singapore. A Japanese was 30 thousand battle-ready soldiers and defending them even though it was three times more, but they were demoralized and divided. 8 Feb 1942 the first units reached the North-Western part of Singapore, a day later, the elite division of the Konoe.

In less than 70 days 25-I, Yamashita’s army pushed back superior numbers of the enemy in difficult terrain, having covered the distance of almost a thousand kilometers. The General who planned and carried out the blitzkrieg, received the honorary title of “Tiger of Malaya”. 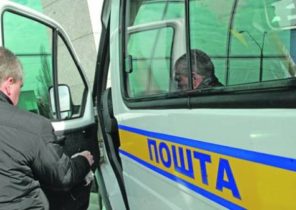 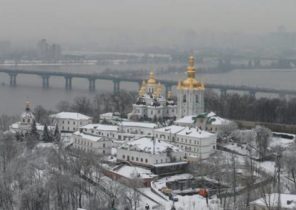