The escalation of the conflict in the area of Avdeevka has become one of the most serious in a long time. At the same time, the Special OSCE monitoring mission for a few weeks before the massive shelling of the territory informed of the proximity of the parties to the conflict to each other and they have heavy weapons. This was told first Deputy head of the OSCE SMM Alexander hug.

“Last week, the number of violations of the ceasefire, the SMM recorded increased almost three times. The number of explosions resulting from the firing of the Minsk agreements prohibited weapons, namely mortars, tanks and artillery, has increased six-fold,” he said.

More than 40% of these explosions is reactive multiple rocket launchers, underlines the hug. According to him, due to the indiscriminate nature of the firing of such weapons for the civilian casualties inevitable.

“We confirmed a lot of facts victims among the civilian population. At the moment 38 people, 8 of which were fatal,” he said.

In recent days, observers noted a significant reduction in the number of attacks last week. At the same time, the OSCE noted that to prevent the escalation of the conflict impossible. So, the probability of escalation is higher when the parties are close to each other – last week the sides were close to each other near the village of Yasinovataya, said hug. In addition, CMM noted that while heavy weapons would be within easy access – it will be used by the parties.

“Along the line of contact on both sides, our observers recorded these weapons. Only last week we recorded at least 106 units of prohibited weapons, including rocket-propelled multiple rocket launchers located in violation of the line of discharge,” said hug.

1 Feb the trilateral contact group issued a joint appeal to withdraw weapons from Donetsk airport, Avdiivka and Yasinovataya. However, notes the BBC that neither side gave SMM updated information on the number of such weapons and the positions that need to be removed. Only after receiving such information, observers will be able to verify the implementation by the parties of the promises, says hug.

In this case, the SMM noted that both sides came to the conclusion that the conduct of hostilities in the Donetsk filtering station threatens the emergence of humanitarian and environmental disaster, and stopped fighting enough for the repair time. This gave the opportunity to resume the power supply for about 22 thousand inhabitants of the Town and to establish the water supply for 400 thousand people on both sides of the contact line.

We will remind, the situation in the area of Avdeevka escalated on January 29. As a result of massive shelling hit the city of civilians, destroyed many houses, have any interruptions with electricity and water, with heating. 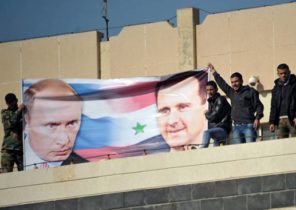