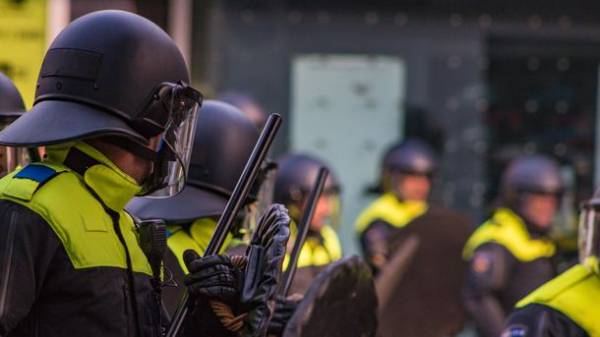 The police say about an alarming trend — there have been cases of false mining. The Deputy head of the national police Vyacheslav Abroskin has published statistics according to which in recent years, the number of false reports of mining has increased four times. If in 2012 the police misled only 205 times, then in 2016 the number of false alarms had risen to 847.

MOST OF THEM ARE IN KIEV. Over the eight months of this year militiamen already managed to register 372 cases. Most “miners” this year, terrorized the capital of Ukraine — about 96 recorded calls. The second place Odessa region — 87 “mining.” Third place in the Dnipropetrovsk region — there reported about bombs 48 times. The least disturbed the public in Poltava, Zhytomyr and Cherkasy regions recorded one false message. But lucky residents of Sumy region — such violations this year did not exist.

WHAT IS “MINE”. False leaders in the mining act of the administrative building of the various authorities — for example, this year “the bomb” 146 such premises. Also the aim of luminarrow often become transport hubs: metro, bus and railway stations — this year mined 46 times. In addition, from January to August of this year in Ukraine 29 times “mined” shopping centers, 25 — houses, the same malls, 10 times — schools, 6 cars, 3 times — television and airplanes, and twice “mined” and banks. Sometimes attackers choose and non-obvious objects. So, last year the telephone terrorist “has mined” the monument to Stepan Bandera in Lviv, but in Kharkov the victim of “jokers” has become a brewery.

REASON AND PURPOSE. “Increased laminirovanie primarily due to the unstable situation in the country. Statistics show that the calls became more frequent after the beginning of the military conflict in the East in 2013, such offences were only 226, and in 2014-m — 830”, — told us Vyacheslav Abroskin. He added that growth is associated with too soft laws on account of such violations, and therefore should strengthen the responsibility for such calls. Abroskin sure that the purpose of such actions is to destabilize the situation in peaceful territories, and the danger is that responding to spend significant resources: pauses work of the objects themselves and involved many police, medical and rescue workers.

But the head of the research Center of law-enforcement activity Oleg Martynenko noted that it is often “mining” is conducted to disrupt an important event: “It’s sabotage of the work of the authorities. Often call to disrupt a specific meeting or the Board — have them because of “mining” carry, which means that the result of the public will not see.”

THE DEADLINE FOR THE CALL. The responsibility for the false message about the mining spelled out in the Criminal code. “Miner” faces 2 to 6 years in prison, arrest for 6 months or a fine of 850-1700 UAH. The police noted that only in 16% of cases “mining” they were able to show suspicion of any particular individual. In General, the pre-trial investigation is completed by 183 of the criminal offence, the court directed the 57 cases.

REAL THREATS. Yet throughout Ukraine “miners” to lay “bombs” in Vosstaniya, in the Donbass in the earth hidden thousands of real minutes As stated in the OSCE, since the beginning of the year landmines killed 27 civilians. And for the last two years in the Donetsk and Lugansk regions as a result of explosion of mines was injured more than five thousand people. This was stated by the head of the office of emergency medical aid and disaster medicine MOH Tatiana Timoshenko. According to her, these data were collected by civilian and military administrations of Donetsk and Lugansk regions. While aware 5284 wounded, and 81 of them are children. They also found that 73 adults and 13 children as a result of such injury received disability.

Tymoshenko noted that the emergency aid to the victims in the explosion were given special brigade. “Medicine in the frontal regions are organized according to the type of civil-military teams. All of the wounded is emergency medical care. The evacuation involved volunteer and charity organizations that are pivotal in evacuating the wounded,” said she.