Last year Russia entered the international arena as a “global power”. And Vladimir Putin for the fourth time in the ranking of the most influential people in the world by Forbes magazine.

According to this American magazine, the Russian President “has achieved its objectives in Syria and the course of American elections.” In fact, experts agree that Moscow’s participation in the Syrian events, “the master of the Kremlin” to assert Russia’s position in the international arena, to restore it as a “global power” and to challenge American hegemony.

Since 2000, when Putin came to power, he took a clear position regarding the foreign policy of Russia after the collapse of the Soviet Union. It consists in the rejection of a unipolar world. In this regard, last year, he widely criticized the United States for their actions and called for the partnership of Moscow and Washington in the international arena.

Criticism of American policy is most clearly were marked Putin during an International security conference in Munich in 2007. Then Putin stressed that “the attempts to find solutions to the problems unilaterally lead to humanitarian disasters.” In a televised interview in 2013, he expressed the belief that “American leadership is aware that they are not alone can solve the world’s problems”, so called political elite of the USA to change the pattern of thinking. These are only some examples of statements in which Putin criticizes the “American hegemony” and says about the openness and willingness of Russia to cooperate with all “on equal footing”.

Russia continues to build its relationship with Washington on the basis of partnership. At the same time it also develops programmes to strengthen the Russian army, has taken diplomatic steps and is building relations with the countries of the Middle East.

All this has allowed Putin to withdraw Russian foreign policy to a new level. So, in September 2013, Russia played a key role in the preparation of the agreement on the destruction of chemical weapons in Syria. This happened on the background of statements about the intention of U.S. President Barack Obama to begin military strikes against the Assad regime as punishment for crimes committed by Syrian government forces.

In the current international and regional context in which it was created, the Agreement on the destruction of the Syrian Arsenal of chemical weapons, Putin stressed that “important for the entire system of international relations, the results can be achieved only through the joint efforts of Moscow and Washington.” He reiterated his call to build relations between U.S. and Russia on a parity basis.

In July 2014, agreement was reached on the Iranian nuclear issue. Putin has tried to establish partnership relations with Washington, but it did not bring the desired results. Then Russia began to achieve a leading role in a number of international issues, including the Syrian crisis. She spoke at the leading position in the negotiation process with Washington and the European Union.

At the end of September 2015 has been the point of no return in the issue of strengthening Russian influence in the world: Putin announced the beginning of military operations in Syria. Replace unipolarity was supposed to transform Russia into a “leading force” in the fight against the terrorist threat. Putin has previously criticized the actions of the international coalition headed by the USA against terrorism, acting in accordance with international law.

In 2016 Putin has made every effort to create an alternative “Eastern Alliance”. Many believe that the main goal of the Russian operation in Syria is to impose a Washington partnership on the issue of combating terrorism through the spread of military action in Syria. It turns out the dilemma: minimal cooperation from the Russian troops or the rejection of this option and the need to be responsible for the consequences of any clashes in Syrian airspace. But Washington rejected the idea and urged Moscow to abandon support for the Syrian regime – this was to be a condition of military cooperation in combating terrorist organizations in Syria. In the end, an Agreement was signed, contributing to the avoidance of accidents during the flights the airspace of Syria.

However, this does not detract from the importance of the Russian operation in Syria, which has become a kind of advertising of the Russian armed forces ready to deploy anywhere in the world, if it is in the interests of the country. Thanks to Syria, Russia was able to “Flex their military muscle” and promised to launch rockets from the Caspian and Black seas, showing the aircraft carrier “Admiral Kuznetsov” and placing on Syria’s s-300 and s-400.

Russia is not hiding its weapons in Syria. During a meeting with the Committee for military-technical cooperation with foreign countries, Putin declared that “it is obvious that Russian weapons are becoming more efficient.” In may at a meeting with senior military commanders, Putin said that “the operation in Syria is the perfect opportunity to demonstrate the effectiveness and power of Russian arms”. During the same meeting of December 22, he added that “the use of weapons in Syria opens new horizons for military-technical cooperation”. 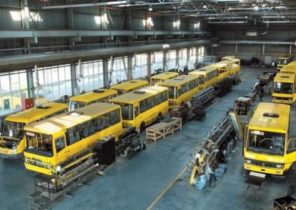