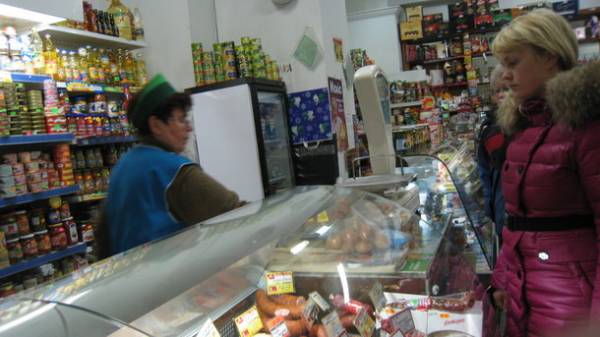 “The government wants to abolish the state regulation of prices for consumer goods. We support these intentions, because I do not see any connection between the scale of the price control and price dynamics,” — said Lapa.

The pilot project, which started in the end of last year was the abolition of price controls on 17 product groups that are social (milk, eggs, sugar, beef, etc.). Now the government intends to release a free swimming prices for other goods.

As the economist Andrew Wigierski, extended the list of goods that will not soon be regulated by limiting the mark-up will include potatoes, cabbage, carrots, bacon, beets, onions, and a-95 gasoline and diesel. Until now regulated the price of bread, but only on his social class (baton and Ukrainian). They are local councils set a fixed cost.

Will continue to operate the regulation of prices of electricity, railway fares, gas, plus remain local rates.

“Most of the products (milk, bread and bakery products, meat, children’s clothes and toys) has set a cap on the trading margin to 15%. But it was fiction, because the real implementation of this provision no it is not controlled. For example, the trading network says that it makes a mark on children’s tights 15%, and really puts 100% and it goes unnoticed. Therefore, such a regulation has outlived its usefulness,” — said the President of the Ukrainian analytical center Alexander Okhrimenko.

Will continue to operate the regulation of prices of electricity, railway fares, gas, plus remain local rates. But, as practice shows, their value is still growing, despite the declared control.

“Regulated tariffs will have an impact on the operating costs of companies, increasing the cost of production. And will be transported over retail prices. A striking example is the increase in duties on petrol and diesel, which will immediately lay in the price of most goods,” sammelstelle analyst at Forex club Andrey Shevchishin.

Because the role of the regulation of prices is exaggerated, I agree and other experts. Manufacturers have long found ways to circumvent those features of goods, the price of which are regulated. Illustrative example of milk. The state prescribed assessment for a product with fat content 2.5% and the producers began to release a product with a fat content of 2.3%, which technically doesn’t fall under state regulation.

In General, during the experiment, prices changed by 5%, but, for example, milk has risen just 20%, although here the role played by the seasonal factor.

“To abolish the state regulation on goods, the government may in the summer, when the new crop and prices will fall naturally. so can avoid the price increase. However, the rise in price can black and white bread, flour, some cereals (except buckwheat), sugar, chicken, pasta, maybe milk. How much is difficult to predict because a lot depends on the purchasing power of citizens”, — said the Director of the Ukrainian Association of trade networks suppliers Oleksiy Doroshenko.

Agree with him and other experts, noting that just to raise prices without losing sales is impossible — saving the population, incomes are still lagging behind inflation. Besides, social products are in the basket of the average Ukrainian small part — about 30%, the remaining 70% of the money spent on about 100 other items.

“As to what will rise, how and when is an open question. We are talking about productivity and seasonality, and not only in Ukraine but also abroad. Yes, the differences are small but because in the social segment, the manufacturer knows who its customers are, and how much they can pay. In addition, do not forget that the inflation forecast for the year 9.1-10 %, and this will affect the food market. Imported products depends on the exchange rate of the hryvnia, which also predict the fall, so that the hryvnia, the prices of imported products will rise,” said Andrew Wigierski.