Ukraine should stop asking US and start to offer mutually beneficial cooperation to be an interesting new American administration. Told about it in interview “” the people’s Deputy, member of the Verkhovna Rada Committee on taxation and customs policy Oksana Prodan.

She noted that American politicians and experts after meetings with Ukrainian colleagues insisted on mutually beneficial partner relationship, rather than unilateral assistance.

“We must form a clear partnership proposals on how to move forward in key areas – a key for Kiev and Washington,… the meetings that took place, saying that Ukraine is interested in the USA. The new team in Washington is determined to work with Ukraine, but our country needs to do to reciprocate,” – said Prodan.

According to her, Ukraine should not be a supplicant but a partner.

“Ukraine have to offer the world, the us’s capabilities, to show the way how we can develop our relations and to solve problems. To solve, not create. All need solutions, not problems”, – added the MP.

As it became known, the us Congress re-introduced to the house of representatives of the us Congress bill in support of Ukraine STAND for Ukraine Act, which until late last year did not pass the approval process in the U.S. Senate. A new draft law registered under the number H. R. 830, is called: “the deterrence, prevention and cessation of Russian aggression in Ukraine, assistance to the democratic transformations in Ukraine and other purposes.” 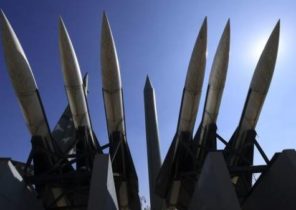