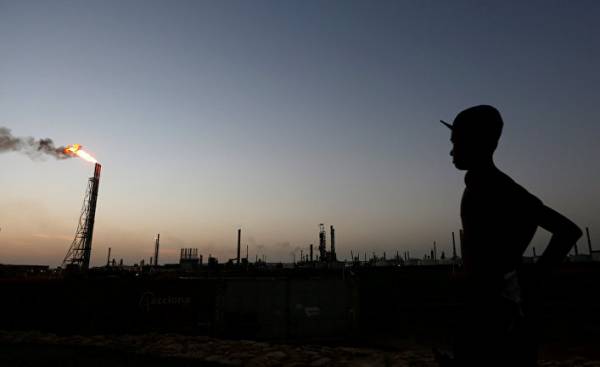 A default of Venezuela can bring the Russian government to establish control over the U.S. oil refineries and pipelines. Some members of Congress have sent this month a letter to the Ministry of Finance and urged to look into the matter.

The prospect of government default or the Venezuelan company Petroleos de Venezuela SA, the state oil company known as PdVSA, has become a topical issue in the bond market, amid growing fears that lack of funds could lead to missed payments before the end of this year.

In a letter sent on 6 April two members of the house of representatives of the United States Congress, refers to the loan of $ 1.5 billion, which in November last year, the company Rosneft (Russian state oil giant) has granted the company PdVSA. As security for this Venezuelan company has offered a 49.9% stake in the company Citgo Petroleum Corp.

Citgo is a subsidiary of PdVSA, and also the largest owner located in United States refineries, says the congressmen’s letter. It owns three factories on oil refining and a network of terminals and pipelines in 24 States.

Venezuela defaulted on the loan Rosneft “will allow to expand Russian control over the price of oil and natural gas worldwide. In addition, it can present a threat to the energy security of the United States and will undermine the broader geopolitical effort of America,” — said in his letter to the Minister of Finance Mnuchin Steven (Steven Mnuchin) member of the Republican party Jeff Duncan (Jeff Duncan), representing the state of South Carolina and member of the Democratic party, Albio Cyrus (Albio Sires), representing the state of new Jersey.

Representatives of the company PdVSA said that they plan to make the payment on the bonds in the amount of $ 2.1 billion, the repayment term on which comes in Wednesday. However, this country is in deep and disastrous in its consequences the economic crisis caused by low oil prices.

According to the market loans and defaults, the chances of Venezuela relative to the default or missed payment within the next six months is 41%, whereas a month ago they amounted to 34%.

Six us senators also sent on Tuesday a letter and demanded that Mnuchin as head of the Committee on foreign investment in the United States “conducted proactive monitoring of the situation.” This group of senators asked for a response to the sent request until 28 April.

The official representative of the Ministry of Finance declined to comment and said that the foreign investment Committee investigation shall be closed. Rosneft and PdVSA did not respond to a request for comment.

According to some analysts, can not definitely say that Russia is the way to establish control over the company Citgo. Rosneft and its CEO Igor Sechin, an ally of President Vladimir Putin, are under us sanctions, and it will not allow Rosneft to the lifting of sanctions to carry out the legal takeover of us assets, even if Rosneft will establish control of the Venezuelan oil company.

In addition, as collateral Rosneft has less than a 50% stake in Citgo. Company PdVSA provided 50.1% of Citgo’s assets as collateral to those shareholders who agreed to exchange in October their bonds for bonds with longer maturities.

Paul Michael Roche (Michael Roche), a specialist fixed income in the emerging markets of Seaport Global Holdings, Rosneft reported that it has cash of $ 20 billion. According to him, this Russian company apparently has purchased the bonds for approximately $ 6.7 million that will allow to control at Citgo if PdVSA defaulted on loans and bonds. 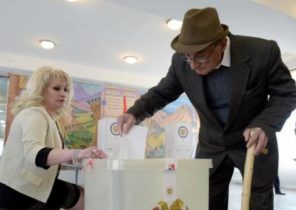