The Ukrainian real estate market is beginning to emerge from stagnation. The demand for housing in 2016 has grown by an average of 10%, estimated by experts. Positive dynamics was observed in most regions of the country. However, the full recovery of the market so far, reports “24 channel”.

Compared with pre-crisis times, the demand for housing remains minimal. Last year at the Metropolitan real estate market for the month average was carried out approximately 500 transactions buying and selling. Whereas in 2012 – 2013, the number of operations has reached three thousand per month. Moreover, the proportion of transactions in the secondary market amounted to no more than one third of the total sales.

Prices for “secondary” thus fell. Last year they dipped to an average of 10%. The same trend will be observed in 2017, predicts the analyst of consulting company SV Development Sergey Stepenko.

According to experts, the secondary market of the capital now you can find apartments in the old “Khrushchev” – from $ 500 per square meter and per thousand near the center. The owners will be forced to further reduce prices, otherwise the object will be idle.

In the primary market situation with the demand better. Due to mistrust of the banking system, the Ukrainians continue to invest in new housing. Moreover, prices in the primary market are not very different from secondary. The average cost per square meter in the capital is in the range of fifteen to twenty thousand. But living conditions were better.

At the same time on the primary market of high competition. Only for the first half of 2016, the construction company received more than 650 permits for the construction, which is 50% more than in the previous period. In addition, new buildings have to compete with the already commissioned objects.

According to the President of Construction Corporation “Riel” Rostislav Miller, in 2017 the primary market will continue to grow in the volume of construction and facilities built in the 70-80-ies of the expected decline in prices. This is because in recent years we have introduced more than 10 million square meters of housing throughout Ukraine, who are taking intense part in the competition in the secondary market.

According to experts, in 2017 only in the capital should receive about one million square meters of new housing, mainly the economy and comfort classes. At the same time, prices in dollar terms will remain pain-less stable. Experts predict a slight fluctuation of the value in the range of 10-15%. 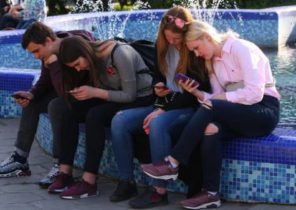