On the border of Latvia and the Russian Federation already includes 23 km of the fence. Completion of construction is planned in 2019. This told the press Secretary of the State border guard Eugene Pozniak, reports “Press Ukraine”.

According to Pozniak, the work on the construction of a fence in 2017 will be allocated 6.3 million euros. “Currently, the border is equipped with a border strip with a length of 65 km and a fence with a length of 23 km,” she said.

According to the plans, the fence must be erected on all 276 km border between the two countries. Minimum fence height shall be 2.7 metres. The work of the Latvian government was estimated at 17 million euros.

Note that work on the construction of the fence began in 2015. They plan to be completed until 2019.

Recall that in 2017 Lithuania is going to build a fence on the border with the Kaliningrad oblast of the Russian Federation. The ex-Minister of defence stated that in this way the country will try to show Russia that hopes to improve its relations with its neighbors. 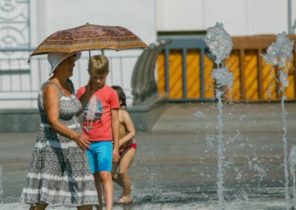