The Ukrainian leadership has consistently discussed the issue of introduction of martial law in the country and in case of deterioration of a situation on Donbass it will be introduced very quickly. This was stated by Minister of foreign Affairs of Ukraine Pavlo Klimkin, reports TSN.

“The question is repeatedly slip. There are security considerations, there are legal considerations. So this issue is constantly in a state of discussion. If the situation demand it, it will happen very, very quickly,” he said.

While Klimkin said that the country may be in a state of war and impose martial law.

“I do not exclude that in case of deterioration of the situation of martial law and is a quite effective element. But by itself the state of war does not imply clearly is the imposition of martial law,” – said the Minister.

According to Klimkin, the sovereign right to declare martial law in the country has the national security Council and defense of Ukraine. And it will be resolved, worsened the situation enough to impose martial law.

We will remind, the Deputy Minister for the occupied territories George Tuck does not see the feasibility of the introduction of martial law. But he believes that in periods when the state is threatened, it is necessary to allow the country’s leadership to take control of strategic objects that are not in its ownership. 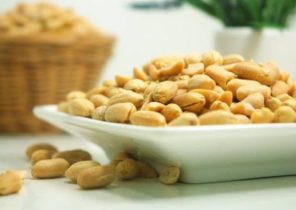