February 1 is celebrated in many countries of the world hijab day, set four years ago at the suggestion of living in new York Americans Nazma Khan, born in Bangladesh. On the eve of this date in Russia once again a fierce debate on the admissibility of this attribute of Islam in the secular institutions of the country, particularly in schools. Moreover, statements by senior Russian officials, also took part in the dispute, had already been forced to respond to the Kremlin.

Whether to allow hijab in Russian schools — an issue that has been discussed for several years. Discuss, but to some kind of agreement on this subject to come and can’t. The Ministry of education and science and its head Olga Vasilyeva insist on the secular nature of education — she recently said that the hijab at school is not the place. In her instagram said the head of Chechnya, Ramzan Kadyrov, Recalling that the handkerchief is an important part of Muslim women garment. Went further a State Duma Deputy from Chechnya, Samail sarailiev.

“There are certain figures, officials who do everything possible to prevent people to practice their religion. They say that Russia — a secular state, thus make provocative statements that undermine many Russian citizens. Yes, secularism separates religion from the state, but in the Russian society, the overwhelming majority of the people are believers. And secularism should be the first consideration of their interests. I believe that officials of any level that raise similar issues, the public should be considered and perceived as people potentially susceptible to Nazism, fascism, extremism and terrorism,” he said.

The debate about the hijab is already taken by a public scale, and it would seem that it is high time to resolve this issue. In the Kremlin the issue seem to think, but to interfere in no hurry. “We would not want to be a party in this debate at the moment,” said the 26 January press Secretary of the President of Russia Dmitry Peskov.

Refuses to comment on this subject and the Chairman of the Council of Muftis of Russia Ravil Gainutdin. Russia is home to about 20 million Muslims, about 10 percent of the total population of the country. According to religious teachings, the girl should start to wear hijab after the onset of sexual and mental maturation. That is, it must self-consciously make this decision.

— Muslim women are not forced to wear headscarves. They choose this path. If they read the Quran, if they know Islam, they already have an understanding of why the need for a scarf and covered clothes, why they wear it. Girls can do that in elementary school and in high school, says the founder of the center for education and research “Medina” Lilia Mukhamedyarova.

But one thing — understanding the values of this attribute by the Muslim other — their peers. Psychologists warn that the reaction of teenagers on an unusual appearance can be very different.

— If you look different something from others, such as wearing the hijab or made some kind of trendy hairstyle you will at least attract attention. Generally, the group accepts all sorts of innovations with great enthusiasm, with laughter and antics. It’s a way of assimilation or appropriation of any experiment. When it comes to fashion, it is understandable and desirable reaction. And when it comes to religious symbols, then I am afraid that this enthusiasm and ridicule can be perceived as painful, and place the girl in an even more marginal position, explains psychologist Olga mahovskaya.

Therefore, some teachers, principals and oppose shawls. In individual classes the appearance of a girl in hijab may lead to conflict between children, which can affect how individual students. However, in the predominantly Muslim regions of Russia the situation may be opposite.

— I understand that we grow up in a country where many religions that kids are cruel. Then the optimal solution would be to wear headscarf from the fifth grade, when the team is just being formed, and a girl will not be able to perceive it in another. It is important to discuss exactly how to wear it, not prohibit it entirely or not — believes Moscow Muslim Shamil Allamova.

Active struggle for the right of Schoolgirls to wear the hijab began in the fall of 2012, after the government of Stavropol region issued a decision on the basic requirements of the school uniform.

These requirements prohibit wearing clothes that emphasize religious affiliation. Appeared in the media many stories about Schoolgirls who were expelled from school for what they came in with shawl. It was the girls who studied in their schools, and studied well. But the Directors said, or take off the hijab, or switching to home schooling. Parents did not understand why their child diskriminerad why violate their right to freedom of religion guaranteed by the Constitution of Russia.

A group of activists protecting Muslim girls. They filed an application to the Stavropol regional court to defend the right to wear the hijab. The claim was rejected. They further appealed to the Supreme court appeal. The highest court rejected it. So at the legislative level, the fight was lost. But in fact, the defeat was more ambitious:

— Those people who participated directly in the judicial process and came to the Supreme court, they are no longer alive. Killed them — adds Lilia Mukhamedyarova. She supported the girls and their defenders.

In September 2016, was killed Ravil Kelbaliev, Deputy Imam of the Nogai village of Kara-Tyube in the Stavropol region, who was known for the active struggle for defending the right to wear headscarves in schools. Earlier, in August 2015, was killed Zamirbek Makhmudov, Deputy Imam of the village of Irgakly, who was one of the first in the Stavropol region began to campaign in defence of the hijab. The list goes on with names of some civil society activists, such as Almaz Abdulnasyrov, Zamir of Taíba. These cases still remain unsolved.

Did not end with the success and history in the Republic of Mordovia. The ban on the hijab in schools there established in the fall of 2014 after the incident, when the girl accidentally swallows a pin, fastening a handkerchief. The requirements for school uniform prescribed that there should be objects that can harm the health. The media again began to tell how the girls are forbidden to attend classes in hijabs. Again, courts — provincial, Supreme. Again, the variance of the complaints.

In September 2016 was entered into force a new law “On education”. He was the first to introduce school uniforms throughout the country at the legislative level. But it say that requirements for clothing can establish themselves educational institutions based on the recommendation of the Ministry of education and science.

In the recommendations separately, it emphasizes the secular nature of the form. But often, when we are talking about something “secular”, each in his own way interprets the meaning of the word. So, some say that if the state is secular, then there must equally apply to the representatives of all the concessions, that is, not to infringe on anyone’s rights. Others, when talking about secular education, I mean the absence of any external religious elements in the learning process.

Over the value of “secular” thinking and in the state Duma of Russia. 26 January 2017 here on this subject, held a round table with participation of deputies, representatives of Christian and Muslim clergy. The latter said that the country should not be double standards. If you can’t wear the hijab, the ban should be extended to symbols of other faiths. Touched on the question of how to interpret “secular” education.

— The law does not define clearly what the secular nature of education. And when written the law on education in all its editions under a secular nature were understood to be primarily the absence of religious rites in state public school. As for the “secular character” of the school uniform, so it in no law is not written, — says Deputy Oleg Smolin.

Indeed, mention of this only in the recommendations of the Ministry of education, which have no legal force. So legally the issue is still unsettled. Lawyers are advised to apply to the constitutional court, indicating that the decision of the regional authorities contrary to the Constitution. So article 28, which guarantees freedom of conscience and religion, says that anyone can practice any religion, to freely disseminate religious beliefs and act in accordance with them. And the ability to wear the hijab only means to act in accordance with Islamic beliefs. But this is only theory, in practice the court yet no one has managed to defend the right to study in the school in a headscarf.

In this case I understand that the administration of the President, probably, would be eliminated from the expression of his position, to shift the responsibility from themselves to the constitutional court, doctor of juridical Sciences, member of the Council under the President of Russia on development of civil society and human rights Ilya shablinsky. — The problem before Russia decided France. And I remember how our lawyers laughed at French colleagues, which are in heavy debate defending different points of view. Many administrators in France belonging to the Christian community, the headscarf seemed a challenge and unsafe phenomenon, since it separated the Muslims from non-Muslims. Someone treated it more liberally. But it was a very difficult debate. Then the Russian lawyers laughed, and now we have the same problem.

France, where roughly 18 percent of the Muslim population, banned the wearing of the hijab not only in schools and universities but also in public places. It is impossible to wear clothing denoting religious affiliation in the educational establishments of Turkey, Tunisia, Tajikistan, Azerbaijan.

While in Russia legally, no one is right and no one is to blame, people continue to hope for compromise on this issue. Many Muslim women decide to wear the hijab after school. In universities and at work much better manage to settle this problem. After a disturbance the students of the Russian national research medical University named after N. Pirogov (second honey) on the prohibition to wear religious clothing, for example, the rector has changed the rules and allowed to wear the hijab. The story of the entrant MGIMO, which the guards didn’t want to pass preparatory courses, was also resolved in favor of Muslim women.

— I have been working in public health institution, go to the scarf and in private clothes. And still no patient didn’t say anything against it, did not complain. Work and my responsibilities do not interfere, — says Shamil Allamova.

Adult girls have the ability to fend for themselves. And to protect students have parents. Although it needs to regulate the law, which in Russia yet.

47% of Russian citizens, according to the latest opinion poll, not opposed to the external manifestations of religious affiliation in schools, in comparison with 2012 their share increased by 12 p. p. According to sociologists, mainly tolerance are young people and supporters of the Islam — 73 percent and 68 percent, respectively.

Exactly the same 47 percent of the respondents, on the contrary, are considered unacceptable external manifestations of religion, but the share of opponents compared to the survey five years ago has declined by 6 percentage points Among them the majority are over the age of 45 years, people with higher education, and do not profess any religion.

Thus exactly half of the respondents considers it necessary to lift the ban on the wearing of religious headgear for normal education of children from Muslim families, while 37 percent strongly against it. 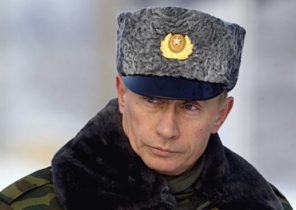