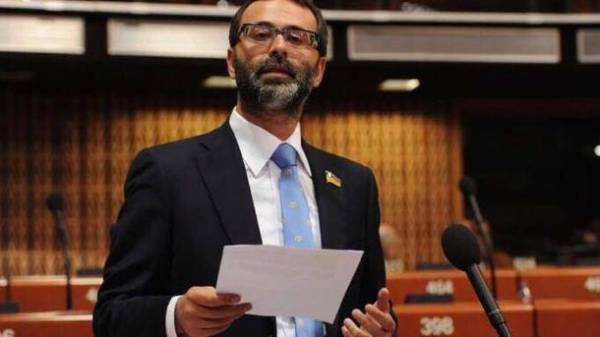 If you still held the resignation of the current President of the parliamentary Assembly of the Council of Europe Pedro Agramunt, Ukrainian politician, PACE Vice-President Georgy Logvynsky may lead the organization. This was stated on air of TV channel “112 Ukraine” people’s Deputy Borislav Birch.

According to him, six people will qualify for the post of head of the organization.

“Given that the current quota of the European people’s party, accordingly, she will present one of its Vice presidents for the President’s position. Six people who are in the party, among them even a representative of Ukraine – PACE Vice-President Georgy Logvynsky – will qualify for the position of the head of the PACE”, – said Birch.

On the question of the possible forecast the MP said that the “PACE, as well as in Ukraine, there are certain inter-party agreement, intercompany arrangement” and therefore to predict anything, he did not.

As reported earlier today in Strasbourg during an emergency hearing regarding the trip to Syria , Pedro Agramunt hinted at his impending possibility of the resignation because of the scandal.

In Poland detained a criminal group, which included Ukrainians