Arrested on charges of treason and hackers FSB of Russia passed confidential information to the Central intelligence Agency of the United States, according to sources familiar with the situation.

“Head of Department of information security Center of FSB of the Russian Federation Sergey Mikhailov and his Deputy Dmitry Dokuchaev accused of violating the oath, began to cooperate with the CIA,” said one of the interlocutors of the Agency.

He did not at the same time to clarify whether they have acted directly or through intermediaries.

“Only in the case arrested four people, and as partners appear up to eight people. The prosecution presented only four, the rest can get away with a status of a witness,” said the source.

Another source said that “the themes of hacking and betrayal are superimposed on each other in the case, but do not intersect”.

“Each of the defendants in doing their job – someone has developed and used schemes of cyber attacks, and someone who cooperated with foreign intelligence services. And these directions were parallel and, as a rule, do not overlap” – said the Agency interlocutor.

The whole group, according to him, were connected by the fact that they knew each other and had to do IT-technologies and information security.

“And mainly in the chain was not a senior position and rank,” – said the source. 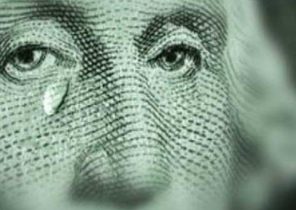