During the first conversation Donald trump with Vladimir Putin after taking first in the office of President of the United States, these two leaders, apparently did not discuss the issue that worries many in Russia, Europe and the United States, namely the issue of sanctions against Russia.

The statements made by the White house and the Kremlin following the results of telephone negotiations of leaders of the United States and Russia, not to mention the sanctions imposed against Russia in connection with the annexation of Crimea in 2014, and in connection with its support of the separatist movement in Ukraine and its alleged interference in the U.S. presidential election. One source from the White house, who asked to keep his name in secret, announced on Saturday, January 28, that the sanctions were not included in the list of topics that the presidents discussed during their telephone conversation that day.

In that moment, when the predecessor of trump, Barack Obama, left his post, the Russian-American relations were at their lowest level since the cold war. Trump has promised to improve relations with Russia, previously expressing willingness to do so through the lifting of sanctions. Russia is extremely interested in the lifting of sanctions that have damaged its economy and several of its largest companies. However, under pressure from European leaders and influential politicians of the U.S. Congress, trump has demonstrated that he is not ready to make that decision.

“As for sanctions, it is too early to talk about it,” said trump on Friday, January 27, during a joint press conference with Prime Minister of the United Kingdom Theresa may (Theresa May). The President also stressed that he wants to fulfill his promise that he made during the election campaign, and to improve relations with Russia.

After Russia annexed the Ukrainian Crimean Peninsula and supported a separatist movement in Eastern Ukraine, the US imposed sanctions against Russian entities in the financial, energy, mining and defence sectors, as well as against some members of Putin’s inner circle. The most devastating sanctions against Russian energy companies and measures, limiting Russia’s access to foreign loans.

Combined with the fall in oil prices and the weakening of the ruble, the sanctions have dealt a severe blow to the Russian economy. According to the Ministry of Finance of Russia, in December 2013, the sovereign Fund of the country was 87 billion dollars. By June 1, the reserves of this Fund fell to $ 38 billion, and this is after the sale by the Russian government of shares in state enterprises, designed partly to cover the budget deficit.

In the last days of the Obama presidency he imposed new sanctions against Russia in connection with allegations that the Kremlin organized the theft of the emails of members of the national Committee of the Democratic party and tried to intervene in the presidential elections in the United States. President Obama also ordered to deport 35 Russian diplomats.

However, trump believes that the establishment of relations with Russia — “it is good, not bad”, adding that only “fools or fools” can come to the opposite conclusion.

However, in the course of his telephone conversation on Saturday, January 28, trump and Putin had not discussed the issue of sanctions. Instead, they talked about the situation in the middle East and the threats to global stability.

They discussed “a broad range of issues of mutual cooperation in the fight against ISIS (a terrorist organization banned in Russia — approx. ed.) to joint attempts to resolve conflicts in various countries, including Syria,” the statement said of the White house.

In a statement, the Kremlin said that Putin and trump discussed a number of international issues, including the fight against terrorists, the Palestinian-Israeli conflict, Iranian nuclear program, the situation on the Korean Peninsula and the Ukrainian crisis.

Despite the fact that the topic of sanctions against Russia was not raised in the course of the conversation, Russia and its economic sector responded with optimism. Kirill Dmitriev, the head of the government of the Russian direct investment Fund said in an interview with news Agency “RIA Novosti” that this conversation is “a positive signal to business and investors and evidence of the ability to restore cooperation between our countries, including in the investment sphere.” Shortly after a telephone conversation between the two leaders, the Foundation has announced that it will implement 10 projects designed to attract American investment in Russia and that he plans to open an office in new York in may, reported the newspaper the New York Times.

Currently, trump is under growing pressure from officials in Washington and the European Union, which insists on maintaining sanctions.

When Friday, January 27, Ms. may met with trump, she told reporters that the sanctions must be maintained as long as Putin does not fulfill all of the requirements prescribed in the agreement on ceasefire, signed in Minsk in 2014. French President Francois Hollande (François Hollande) also called on trump to cancel the sanctions against Russia.

About the same asking trump and the leaders of the Republican party. Senator John McCain (John McCain), a longtime critic of Putin, has threatened to secure sanctions against Russia at the legislative level, if the President trump tries to cancel them. The majority leader in the Senate Mitch McConnell (Mitch McConnell) also stated that he would support the draft law introducing sanctions against Russia. 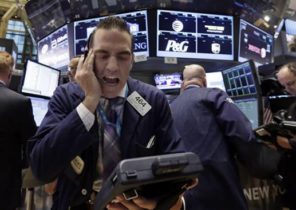