Last day of January marked a strong cold throughout Ukraine, and in some places the frost will be almost 30 degrees

According to ukrgidromettsentra in the Northern regions of Ukraine daytime temperatures are expected to be 2-12 degrees Celsius and the night will become colder half – 11-23 with the minus icon.

In the center of the country is expected to have approximately the same temperature: the day will be from 1 to 11 degrees morose night-13-19.

Highest temperatures will be in the West and South of Ukraine, which will be recorded, even a small “plus”. So, weather forecasters predict there a temperature of from +3 to -5 is during the day and at night will be much cooler – from minus 5 to 17. However, the East of Ukraine marked the coldest weather. As explained by the press service of the Luhansk regional state administration in Facebook, from 30 January to 1 February, the air temperature in the Luhansk region will be 22-28 degrees Celsius at night and during the day 11-16 frost.

According to forecasters, the precipitation on the entire territory of Ukraine will not be tomorrow. 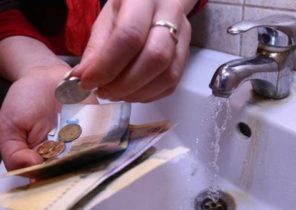