If there are two people who need each other in the new world order is the US President Donald trump and the Prime Minister of great Britain Teresa may.

For a short, but extremely polite press conference held at the White house Friday, both leaders had to praise each other and what they agree, and numerous threatening this idyll differences to hide under the carpet.

Theresa may, which had to take responsibility for the withdrawal of the UK from the EU, said that it is a common goal — in priority to the interests of “ordinary workers”. Donald trump used the same wording and called a British exit from the EU — the so-called Pexit — the beginning of a new era.

“Pexit this is an example of what will happen,” said trump, who unlike the former American presidents declared the European Union “war”.

Important common interests trump and may in the preferential bilateral trade agreement, which can demonstrate to the world that they are not alone, after he came respectively from the Treaty on the TRANS-Pacific partnership, TPP, and the EU internal market.

Theresa may has planned for early consultation on “high level”, which will provide the basis for the conclusion of trade agreements in the interests of both countries.

But in practice there are many obstacles. First, UK first, we need to conclude negotiations with the EU, they are expected to last until 2019. Second, as pointed out by economists, the reduction of customs duties between great Britain and the United States also will give a bit as they are already extremely low.

“A quick contract, which applies only to tariff rates, really does not have much sense, because tariff rates are already low. Actually it will be about rules and regulations — and this is a sensitive topic,” said Marianne Schneider-Petzinger of the analytical center Chatham House in an interview with the British newspaper the Independent.

Here, everything immediately becomes more complicated. Want Donald trump to open the American market for British cars if he promised the American workers to create new jobs? And Vice versa: want Theresa may to open British health care for American firms or to expose their British compatriots competition, when they are about to lose the support of the EU?

Theresa may spoke about a trade agreement of a new type, which will return sceptical citizens faith in free trade, but it attempts to unify the rules and standards encounter massive popular resistance.

Theresa may also said she wants to put at the forefront of British “interests” and “values” — as an echo trompowsky rhetoric “America above all”, but in the trade agreements, as a rule, it is necessary to define a common interest. And what, above all when the US and UK?

The third question is, how big the importance of mutual trade actually will have for the UK and the USA? Adam Posen, who heads the Peterson Institute for international Economics in Washington, is pessimistic.

“There are many reasons to believe that the advantages will be there is very small”, — he declared Independent.

When Theresa may and Donald trump describe the political future of the two countries and their place in the world, there are similarities and differences. Both set themselves as one of the main tasks of the restriction of immigration, and Theresa may during his visit to the United States bury the neoconservative doctrine, common in the 2000s in both countries, the promotion of democracy and military means.

She also went to meet Donald Trump, speaking on the reform of the defense Alliance NATO and the UN. But at a press conference may highlighted to oblige trump to cooperate with NATO, which he called “outdated”.

The disagreements against Russia

To avoid mention of the fact that they hold different points of view on relations with Russia, they failed. Theresa may underlined her desire to continue sanctions against Russia until, while do not observe the Minsk agreement on Ukraine. Like most countries in the West, Theresa may condemns Russia’s annexation of Crimea as illegal.

For a given a direct question trump did not deny that he will seek the lifting of sanctions, but said that make the decision even earlier. He said he was not familiar with Russian President Vladimir Putin, but hopes that they are “fantastic relationship”, but it’s possible that this will not happen.

The US and the UK as a lodestar

Good-natured mood instantly evaporated when the journalist of the air force outlined a number of differences, such as, for example, faith is the Donald trump of torture, and asked what is his message to those Brits who are now afraid, because now the free world will lead it.

The question forced Donald trump to roll my eyes. He explained that although he personally believed in the efficacy of torture, he will concede his new defense Minister James Mattis, who much to our surprise, trump said that torture does.

“I rely on him,” said Donald trump.

However, the American President said that Britain and the United States want to be a beacon for “legal security” and “prosperity” in the world. 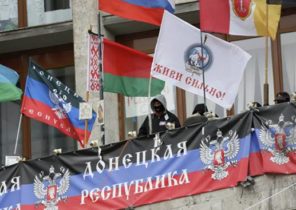 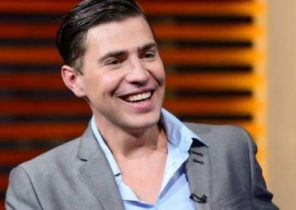