In Krivoy Rog Dnipropetrovsk region police sadanaga two men involved in the proliferation of drugs. The offenders opened criminal proceedings under article 309 UK of Ukraine (storage of drugs in large sizes), men are threatened by deprivation of liberty for up to five years, according to the press service of the Department of counteraction of narcocrime National police. When developing law enforcement authorities seized a 54-year-old defendant and his 31-year-old sidekick 26 packages of marijuana. The total weight of the find is approximately 9.6 kg. On the illicit drug market cost of the seized drugs – about 400 thousand hryvnias. 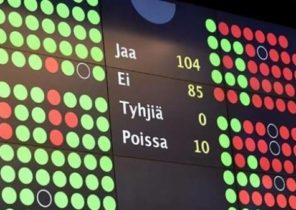 In Finland voted for a vote of confidence in the government