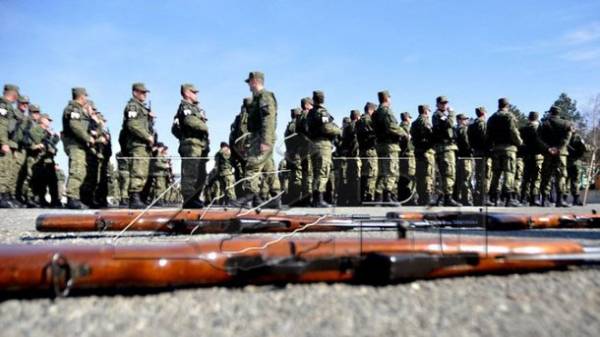 Despite sharp protests of NATO, the EU and the United States, the Kosovo authorities do not deviate from the intention to create its own army. As reported Корреспондент.net with reference to published in the Pristina newspaper Zeri on Saturday, March 18, at the creation of the army is planned to allocate 51 million euros. According to the publication, annually this sum will increase by EUR 5 million.

It is planned that the army will consist of 8 thousand soldiers, 3 thousand of whom will be reservists, writes the paper. The President of Kosovo Hashim Thaci suggests that his initiative will support 110 of the 120 members of Parliament.

For several years the Alliance helps the new government in establishing security forces and, in particular, supplying weapons and providing training. However, NATO, the EU and the United States strongly recommend to the authorities of Kosovo to begin the creation of the armed forces. Such a step would seriously complicate the already tense relations with Serbia, according to Brussels and Washington.

At present, Kosovo is recognized by more than 110 countries.