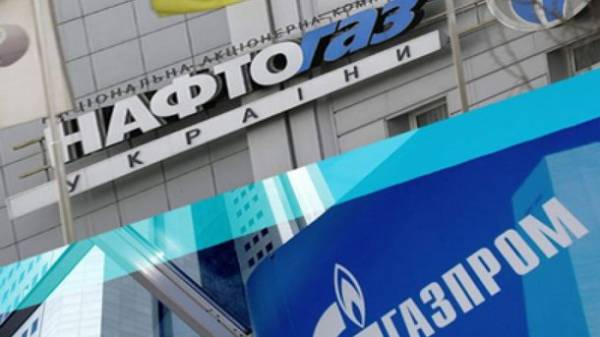 National oil and gas holding company “Naftogaz of Ukraine” and Russian gas monopolist “Gazprom” conduct negotiations on the decision of the Stockholm arbitration, which was accepted by results of consideration of the dispute between the companies the contract for the purchase of gas for the period 2009-2019 years. About it reported in a press-service of “Naftogaz”.

“Naftogaz of Ukraine” and “Gazprom” pursuant to a separate decision of arbitration conducted a series of negotiations in an attempt to reach agreement on changes to the contract and final settlement between the parties in accordance with the decision of the arbitrators. The talks are held on neutral territory”, – stated in the message.

It is noted that a separate arbitration decision contains the principles which must be calculated the amount of retroactive compensation for overpayments made “Naftogaz”, and also the price that should apply to any volumes of gas from “Naftogaz”, but not paid for in full.

“If in the course of the negotiations “Naftogaz” and “Gazprom” will not come to an agreement on new wording and determining the payable amounts, the final decision of the arbitration”, – is told in the message.