The President of Ukraine Petro Poroshenko has arrived on an official visit to Estonia, where he met with the leader of this country Kersti Kaljulaid.

The two leaders discussed a number of issues, and the President of Estonia has noted that Ukraine in the near future to obtain a visa-free regime with the EU.

“We support Ukraine in its desire to get visa-free regime with Europe. This should happen in the near future. We discussed the state of Affairs in the Eastern partnership of the EU and our goals as a state, which will have the EU presidency,” said Callid.

Note that today is the 25th anniversary of the establishment of diplomatic relations between Ukraine and Estonia.

The sides discussed the current situation in the East of Ukraine, the necessity of implementing the Minsk agreement, and that sanctions against Russia must be retained as long as the Minsk agreements are fully implemented and until Russia will not again to fulfil all international obligations.

“We also discussed the fact that we recognize the integrity of Ukraine, and the non-recognition policy of the annexation of Crimea from our side will continue,” said Callid.

While Estonia continues to support the course of reforms in Ukraine, “that Ukraine has established the state of law and the fight against corruption has led to real results.”

“Ukraine has always been a priority state for cooperation, but after the Maidan our support has increased several times. The most effective help when it is available exactly where it is most needed. During this visit, one of the priorities are the negotiations on the areas in which we help. I confirmed that Ukraine will remain a government priority in the future. We insist that every country, every nation has the right to determine its motion vector. The world cannot be divided into spheres of influence. This is our common position,” – concluded the President of Estonia.

We will remind, earlier the President Petro Poroshenko stated that it expects the EU’s decision “bezveze” in the coming weeks. 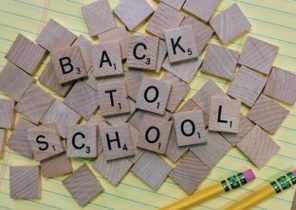