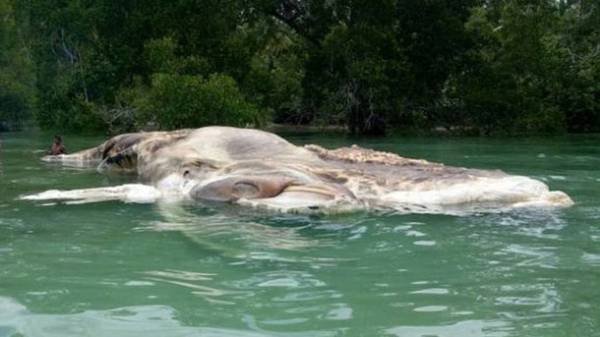 On the coast of the Indonesian island of Seram threw a 15-metre carcass of a marine animal, which is presumably a giant squid.

The carcass was discovered by one of the local fishermen. In the dark the man thought at first that has to shore abandoned boat, reports the Jakarta Globe.

The unusual finding attracted the attention of many people from the coast.

The cause of death of the animal is unclear, presumably the squid at the time of emergence on the shore had been dead for about three days.

The locals have appealed to the authorities with the request to help to remove the carcass from the shore, as she had already begun to decompose.

Earlier it was reported that in Australia on the Gold coast found a rare sea creature known as the Blue dragon.