Considering the case of January 13, Vilnius district court (VOS) managed to present the agenda of the former President of the Soviet Union Mikhail Gorbachev. “Presented to the agenda and handed over on 28 December,” — said on Thursday hearing the case, judge Cornelia Ignore Macavine. According to her, the summons to court Gorbachev was sent by regular mail to the address of the Gorbachev Foundation. The court has received a report of the presentation of the agenda. In the court addressed the letter is signed by Gorbachev.

No more court documents not received — not reported, whether the witness intends to arrive at the process in Lithuania, whether he agrees to testify by video conference. This agenda shows all the scheduled date of trial. The court indicated that it agreed to hold a video conference for this witness. The agenda also requests that 85-year-old Gorbachev indicated the person with whom you could communicate about remote survey. Another subpoena was sent to him by e-mail, the third agenda — through the Ministry of justice.

VOS in October last year, decided to interview Gorbachev as a witness. A request to interview the former leader of the Soviet Union have filed a son who died during the bloody January events Apolinaras of Povilaitis Robertas Povilaitis and his lawyer. Gorbachev himself previously denied that he gave the order to shoot in Vilnius. On the night of 13 January 1991 actions of Soviet troops near the House of press, TV tower and the Lithuanian radio and TV were killed 14 civilians. hundreds of people were injured. 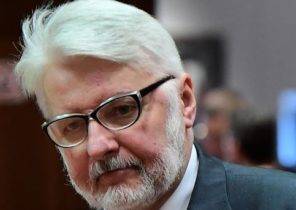