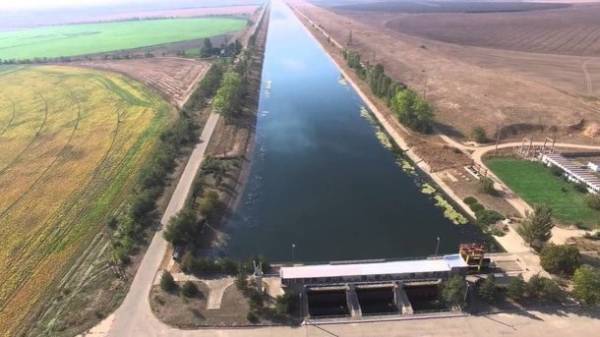 Termination of Ukraine’s water supply of the occupied Crimea does not confound the locals. This was stated at a briefing speaker of the foreign Ministry Maria Zakharova, RIA Novosti-Ukraine.

She explained that such a step of Kiev is meaningless.

“Recently the Ukrainian authorities have announced the commissioning of the dam, blocking the supply of the Dnieper water in the Crimea. The futility of such a step are obvious, because the water on the Peninsula comes from the spring of 2014. Crimeans have learned to provide themselves with water from other sources”, – said Zakharov.

As reported April 30, at the administrative border with the occupied Crimea on the North Crimean canal was constructed stationary concrete dam that blocked the flow of water to the occupied Peninsula.

In turn, the representatives of the occupying “authorities” of the annexed Crimea say that Ukraine the construction of the dam, blocking the water supply of the Peninsula will not affect the situation with sufficiency of water.