Annexed the Ukrainian Peninsula, a huge Potemkin village. After the “referendum” the Kremlin and its puppets in the Republic has announced many projects in the field of information technology, resort construction and modernization of infrastructure. Crimeans promised inflow of investments and tourists. As a result, for almost three years the annexation of the Peninsula into a grey area.

Crimean “authorities” have admitted that in the Peninsula it is impossible to create a full-fledged ski resort. As reported by the Republican Minister of resorts and tourism Sergey Strelbitsky, local officials and entrepreneurs there are no corresponding resources.

“We have no chance to make the Crimea the ski resort for many reasons. And my stay in Sochi at Krasnaya Polyana, I was even more convinced of this. We have a lot of nuances related to the fact that our climate does not allow it. We have snow lies not long in the Crimea, as necessary. Another point — there is no inventory of those resources that would provide artificial snow how it’s done. This is not my personal opinion — is the opinion of experts,” said strelbitskiy.

Now, instead of a ski resort “power” to offer potential tourists “winter travel” across mountain Crimea, hoping that such a proposal will be of interest to the Russians. Under the guise of development “Hiking” they are planning to completely clean a plateau AI-Petri. Supposedly the concept for the development of the territory. Although the summer of 2015 in the “Council of Ministers” formed two investment proposals for the creation of a ski resort in Alushta: mountain Demerdzhi and Chatyrdag. The first in the area of 5 hectares and a volume of the recreation center for 300 people, the second — on 3 acres and 200 people respectively. On Demerdzhi entrepreneurs proposed to invest about $ 14 million on Chatyrdag — about 6 million bucks. In both cases stated the payback period was about six years old. That is, at the time, no problems with artificial snow was not.

The story of the Crimean “ski resort” is very revealing. The Kremlin and its appointees on the Peninsula were forced to recognize that the claimed first high-profile projects promotional dummy. The deeper the Peninsula immersed in the “home port”, the clearly visible dullness and squalor of the Russian everyday life. The real picture is very different from that which drew before Crimeans in March 2014. Supporters of the Kremlin and fled to “referendum”, counting on generous benefits package, billions from the Federal budget, investment flows, the appearance of high-paying jobs and generally transforming the region into a “pearl of Russia”.

In the spring of 2014 Moscow propagandists tried to leave for oncoming trains, promising brainwashed population, all in a row: parallel to the development of industry and recreational potential of the Peninsula, which in civilized countries is nonsense. The industry puts pressure on the environment, destroying the tourism industry. Residents were convinced that in the foreseeable future, Crimea will compete with Turkish or Egyptian resorts, and the “rich” Russians crowd flocks to the Republic. Naive supporters of annexation hoped that Russia will fill their “free” money.

Failed “ski resort” — just one of the episodes of daydreaming in the Russian occupied Peninsula. Here is an list failed “Crimean new-Vasyuki”. It is necessary to stipulate that the list includes high-profile projects, which Moscow and its proteges pompously announced.

The creation of the Crimean analogue of the “silicon valley” center of advanced information technology. Was declared “Vice Prime Minister” Dmitry Polonsky, and supported the “head” of the Republic Sergey Aksenov. Allegedly he even gave land in Simferopol — about 57 hectares in the airport area. In April 2015 at the “economic forum” in Yalta presented the project “Digital valley”. Appointed Executive Secretary of the group for the creation of this “valley.” Representatives of the Ministry for Crimean Affairs, which later dispersed, he said that the projects will be connected to the Corporation “rostec”, “Rostelecom” and GLONASS. The project stalled. The last one who remembered, “the rector” so-called Crimean Federal University Sergey Donich. He said that experts of the University working to create their own operating system than laugh experts in the field of computer science.

The failed gambling zone. The President of Russia Vladimir Putin in the summer of 2014 signed a law to create them in the Crimea. Then the leadership of the Federal tourism Agency promised that by the 2016-2017 year, the Republican resorts will reach the world level of services and quality entertainment. In the end, the planned gambling zone has shrunk to the level of the sanatorium “Pearl” in Gaspra. The name of the investor is kept secret so that it does not fall under the sanctions. We are talking about only one casino. When it will launch is unknown. But officials warned the public that the wait for the influx of tourists-players not worth it. The so-called head of the Committee “state Council” at the resort complex Alexey Chernyak tried to make a good mine at bad game. They say, “the authorities” had not counted on the arrival of the Russian fat cats who used to play cards in the EU. Although back in October last year, “head of administration” of Yalta Andrew Rostenko assured Moscow propagandists that the launch of the gambling zone will ensure the flow of money in the South coast and will help to solve social problems.

Construction of the Park “Dinolend” under the Bakhchisarai, which was divided into thematic parts: the “Wild West”, “Rage of the dinosaurs” and “Space”. The planned volume of investments — $ 150 million. Ministry of economy of the Republic reported that he found a site on 65 acres, has prepared the concept, marketing plan and conceptual design. Allegedly agreed with the equipment suppliers. A year and a half about the project can not hear anything. A similar fate befell the project of creating the thematic Park of “Constantinople” dedicated to the history of the Crimea and the black sea. It intended to build a French company Puy du Fou International Philippe de Villiers. In August 2014, he was in the Crimea at the invitation of his partner — the “Orthodox oligarch” Konstantin Malofeyev, who “distinguished themselves” during the annexation of the Ukrainian Peninsula. It was assumed that the volume of investments will make about 4 billion roubles. Sergey Aksenov signed an agreement with de Villiers, said that the European entrepreneurs are able to work in the Crimea, without fear of consequences. The French planned to finish work by 2019, but for two years of “Constantinople” is not news.

The project of development of the Crimean shelf of Gazprom and the acquisition of the company. At the beginning of the annexation of the illegitimate Crimean Parliament “nationalized” mining company, planning to put it on sale. The buyer was known beforehand — the Russian gas monopoly. It was planned that the company will become a structural unit of Gazprom, and Moscow will be directly stealing gas from the Ukrainian shelf. The then management of the Corporation did not believe in the reality of Western sanctions. The situation changed towards the autumn, when it became clear that the Americans are willing to devastate the hands for work in the Crimea. Gazprom refused to absorb stolen “Chernomorneftegaz”.

Numerous projects to develop the resort potential of the West Crimea and the formation of a recreational cluster. With this idea floated since the days of Ukrainian authorities on the Peninsula, but everything remained on the level of conversation. Was announced and the more modest projects, but they remain on paper or is far from complete. Loud Kremlin schemes have failed for two reasons. The first Western sanctions, which Moscow could not afford to develop the Crimea captured. The second is the incompetence of Federal officials and the Republican managers, who can only “cut” government money. The Russian annexation put an end to the economic development of the Crimea. Private investment in the Peninsula will not come, and subsidies from the Federal budget can only maintain an acceptable level of poverty. 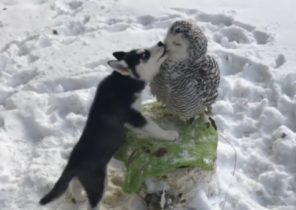