The April war, of course, could not fail to have its impact both on the process of Karabakh conflict settlement and the positions of the two parties to the conflict. After meetings between the presidents of Armenia and Azerbaijan in Vienna and St. Petersburg, the political process came to a deadlock, which is more than logical, since it is simply impossible to expect real progress until there is no mutual trust, there is no guarantee that there will be new escalations. This position is shared by the Armenian side of the conflict, and it is no coincidence that their priority at the moment is the implementation reached in Vienna and St. Petersburg agreements.

As for the prospects of resolving the conflict, we can identify six conditions the satisfaction of which only we can talk about the possibility of real progress in the negotiation process.

First, when they implicitly comply with the obligations of the parties to maintain the ceasefire on the borders Armenia-Azerbaijan and Karabakh-Azerbaijan agreed on permanent trilateral agreements on ceasefire from 1994-1995. When they exist and apply mechanisms to investigate incidents on the borders, you will set the rules responsibility for violation of the truce. When the snipers are taken away from the frontline. When the office of the special representative of the OSCE Chairman will be extended and directly or indirectly contribute to the prevention of escalation. When Armenia, Artsakh (Karabakh) and Azerbaijan will sign an agreement on the nonuse of force and threat of force, including, in particular, international warranty.

Second, when the Azerbaijani Armenophobia give way to the term good-neighborliness, peaceful coexistence of the two peoples side by side. When Azerbaijan realizes that introduced the poison of Armenophobia in the first place harms the young generation of Azerbaijanis, in the long run can make the region more volatile. When the part of intermediaries will be implemented measurable mechanisms to reduce the destruction and xenophobia and will define liability for non-compliance. The poison of Armenophobia in Azerbaijan exists on many different levels, ranging from public statements by the most senior officials, to the media and the educational system. Armenia did not go and will not go down that path because, first, it is expensive psychological health of its young generation, and secondly, even at the level of the President repeatedly stated that Armenia is not an enemy to the people of Azerbaijan, who lives with his routine problems.

Third, when steps will be taken to build and strengthen mutual trust will be pledged and this will become a regular handwriting. In fact, today we are dealing with a completely opposite phenomenon.

Fourth, when the realization that the future is not built by forming an image of the enemy and of concealing their own problems. When will the willingness to make mutual concessions, and it will not be perceived as a sign of weakness, but rather, will be considered proof of maturity and desire to leave the following generations a legacy of peace and stability. When Azerbaijan realizes all this, you will not need to make them behind closed doors to recognize the independence of Nagorno-Karabakh Republic. It is itself conscious and made a decision.

Fifth, when our partners from various international organizations and institutions will be guided by the principle of “do no harm”, realizing that indulging in various political adventures of Azerbaijan, they, too, are responsible for the spilled blood and distorted by fate.

Sixth, when brokers will come up with more targeted assessments and try first to put clear and logical, and not the principle of equalization.

If all of this will be taken into account and applied, the negotiations will produce results from which everyone will benefit first and foremost the Armenian and Azerbaijani peoples. Alas, while policies and approaches of the Azerbaijani authorities remain unchanged, there can be hope in the optimism of real progress in the negotiation process. 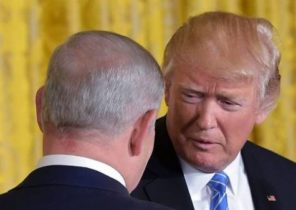