Oncologists have learned to synthesize complex nanoparticles, which allow to literally break the tumor tissue while not causing damage to healthy tissues of the body. A new study may be one of the major breakthroughs in Oncology, and eventually completely replace dangerous chemotherapy – writes “Popular Mechanics”.

Tiny nanoparticles of times thinner than a human hair, can help the human immune system in combating tumors. This explains the new study, where the experiment on mice therapy with the use of nanoparticles not only completely destroyed the target breast tumor, but also saved the body from metastases in other parts of the body. Clinical trials how to say the researchers, will begin in the coming months.

Search of drugs that stimulate your own immune system to fight tumors, is one of the hottest topics in all of modern Oncology. “Sentinels” of immunity, known as T cells normally respond to a potential threat, say, of bacterial agents and potentially tumor cells and cause reinforcements to cope with the problem. However, the alarms of these cells can be muted using the so-called immune checkpoint proteins on the surface of healthy cells, which suppress autoimmune reactions dangerous to healthy tissue. Tumor cells, in turn, often take control of such systems and thus hamper the operation of the entire system.

To overcome this problem, pharmaceutical companies have developed a number of different protein antibodies that block control of proteins that regulate and allow the immune system to do its thing. In cases where many T cells are located in the vicinity of the tumor or where the tumor cells have undergone a large number of mutations, thus creating more targets for immune agents, T cells will be able to send the immune system a full signal — but it can add years to the life of even a very sick patient.

However, current drugs are only effective in 20-30% of cases. In some cases, even when CAT-molecules locked around is not enough T-cells, and signal to the immune system does not reach said Died of Wolak, an expert on cancer immunotherapies from Memorial Sloan Kettering Cancer Center in new York. According to him, another frequent problem is the absence on the surface of tumor cells antigens-targets that react with T cells.

However, these problems, at first glance, almost not related to each other, eventually led physicians on methods to significantly increase the efficiency of immunotherapy. Oncologists were aware that once the patient receives the radiation dose during radiation therapy, the immune system will respond to an aggressive reaction, which destroys not only the tumor, but also metastases in those areas that has not been irradiated. Now researchers believe that radiation sometimes kills some tumor cells, such that the isolated antigens that react with T cells. So look scattered cancer cells under an electron microscope

Wenbin Lin, a chemist from the University of Chicago in Illinois and co-author of the study, decided to study this process and learn whether it can use non-toxic nanoparticles for the sensitization of the immune system in a similar way. It’s not as easy as it may seem: if the particles are too large, cells macrophages will simply absorb and recycle them as foreign elements. Besides, the blood proteins often coagulate with different particles, facilitating their absorption. Over the past few years, the party developed a new method of obtaining particles whose size ranges from 20 to 40 nanometers — the best range they could not detect macrophages. In addition, the particles covered with a shell of polyethylene glycol, which helps them to maintain integrity during blood circulation and successfully penetrate the target cells. And finally, on the inner side equipped with the light-absorbing particles, chlorine-containing molecules, which make nanoparticles in killer of tumors.

In previous studies, scientists found that after getting into the blood, nanoparticles can circulate in it long enough before they find their target. Due to the fact that tumors usually have leaky, deformed vascular network, the particles can seep directly into the cancerous tissue, and implanted in the tumor cells themselves. After they are absorbed, doctors sent to the area near the tumor with a beam of infrared light. This light is absorbed by chlorine molecules, which then excite nearby oxygen molecules, turning it into a highly active form, which terminates adjacent biomolecules, destroying the tumor at its root.

But this is only the beginning, says Lin. Active oxygen has a tendency to break the tumor tissue in such a way that it exposes a variety of dendritic cell-antigens that react with T cells. Due to this itself the human immune system can produce a full antitumor response even in cases where the T-cells around very little.

Until now, scientists conducted a test on mice, which were crowned with success. Breast cancer and colon cancer in rodents disappeared, and the researchers were surprised to find that the effectiveness of nanoparticles does not depend on toxic agents conventional chemotherapy, which doctors to “err” at first. If human trials are successful — this may be one of the major breakthroughs in Oncology over the past few years. 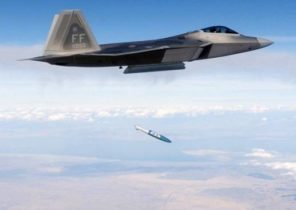