Forward Kiev “Dynamo” Andriy Yarmolenko got to sphere of interests of Everton and Sevilla, according to Transfermarketweb.

Everton tried to sign Yarmolenko in the summer of 2015, but the club failed to agree with the “Dynamo” on the transfer amount. Then people asked for player 25 million euros. Now the British hope to transfer for the sum of 18 million euros.

A 27-year-old Ukrainian fell into the sphere of interest of Sevilla. We will remind, the contract Yarmolenko from Dynamo is valid until the summer of 2020.

Earlier it was reported that Ukrainians interested in “Napoli”, and “Dynamo” value of the player at 22 million euros. 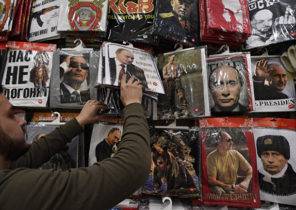