The current devaluation of the hryvnia not svyazany with the transition of PrivatBank in state property. This was stated by Deputy Chairman of the National Bank of Ukraine (NBU) Oleg Churiy.

According to Curia, the dollar is growing due to increased situational demand.

“Devaluation pressure on the hryvnia exchange rate this week is due to a transition in a Bank in public ownership. The assertion that the outflow of deposits from the Bank provokes the increased demand in the foreign exchange market does not correspond to reality,” said Curi.

According to him, the inflow of funds in other banks is twice as high as the outflow of deposits of physical persons of “Private” from 19 December, and on the cash currency market, selling currency population continues to exceed its purchase.

The fundamental preconditions for exchange rate fluctuations of the hryvnia no, say representatives of the NBU.

In addition, Curi noted that liquidity in the amount of UAH 25 billion, which the Bank last week gave the PrivatBank, was partially used to cover outflows of deposits and for Bank reserve requirements.

“In General the fundamental prerequisites for fluctuations of the hryvnia exchange rate no market factors are now favourable for the currency market. Continues to receive revenue from grain exports, and favorable for Ukrainian exporters the situation on the world market of ferrous metals and iron ore,” – said Cure.

According to him, on the interbank foreign exchange market is experiencing a temporary excess demand for foreign currency.

“On the one hand, the supply of currency inhibits the presence of hryvnia liquidity and, accordingly, no need to sell foreign exchange earnings of exporting companies, which during the last and current weeks, we received a VAT refund in the amount of UAH 12.5 bn. On the other hand, significantly increased the demand for foreign currency from market participants, due to the need of companies to make payments on loans in foreign currency at the end of the year,” explained Cury. Also today there was an auction of the NBU to sell foreign currency. The cut-off rate was not below 27,10 hryvnia. Market participants have already adjusted their operations according to the results of the auction.

Earlier, the economist Alexander Okhrimenko linked the fall of the hryvnia with the consequences nacionalizaciya PrivatBank. 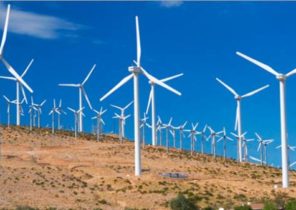