Many Ukrainians fear the new American administration, as it promises to change policy towards Russia, which invaded the Ukrainian territory forcibly annexed in 2014 the Crimean Peninsula and organized the so-called “separatist” movement to take control of part of Eastern Ukraine. In addition, we are concerned that against the background of prevailing in Europe’s dislike of the establishment to be held in different countries of the Continent, the elections to the authorities can come to the leaders willing to negotiate with the Kremlin.

These agreements should not be over the heads of more than 40 million Ukrainians. With the end of 2013 our citizens have consistently demonstrated that they are ready to fight if they try to take away the prospect of life in a free, democratic, tolerant and equitable country. Those who seek “realistic solutions”, it makes sense to take this into account.

However, the instinctive reaction of many Ukrainians to new circumstances — to require the same thing before, but more active and more persistent — may be ineffective. We should stop the annoying requests to adapt to the new realities and help our foreign friends to help us.

The appearance in Washington of the new administration may give Ukraine the opportunity to contribute to the solution of problems of the Russian intervention.

Yes, we must not abandon the fundamental principles of our struggle and we must continue to defend the right of Ukraine to choose its own path to protect its territorial integrity and to build a successful country. Moscow must fulfill its within the framework of the Minsk agreement of 2014 and 2015 commitments to end the conflict in Eastern Ukraine. It should ensure the establishment of a truce and withdraw its fighters and heavy weapons — which it has not yet done.

However, this, in turn, can become part of the bigger picture. We must be prepared to make painful compromises for peace. We have to consider the following ideas:

We need to focus on helping those who had to leave their native city and who cannot return due to fear of repression and the dangers. We should offer them all possible support so they can re-build their lives in a new reality.

Ukraine will need security guarantees. In the Budapest Memorandum of 1994, the U.S., Russia, Britain, France and China promised the security of Ukraine in exchange for relinquishing its nuclear Arsenal. We trusted the agreement, but when Russia invaded Crimea, we had the hard way to make sure that the promise is not guarantee.

Ukraine should prepare a detailed realistic proposals on all these points. We also need to understand that we are moving towards a free, United, peaceful and safe Ukraine, ready to accept the gradual collapse of the sanctions imposed against Russia.

Saved the lives of Ukrainians are those painful compromises that I propose. We need to demonstrate that Ukraine is able to solve their own problems and participate in solving global problems within the framework of the international coalition.

When Donald trump spoke out in 2015 via video link on my forum Yalta European strategy, he said that he deeply respects Ukraine and that, in his opinion, we do not get the support they deserve. I hope that his sympathy for Ukraine can become a basis for full negotiations and agreements, is able in the end to secure a peaceful solution.

Mr. Pinchuk is a Ukrainian industrialist and philanthropist. 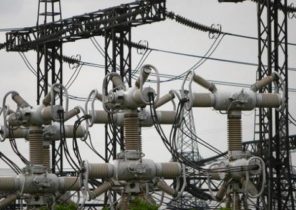