Fronda.pl: the head of the Polish oil and gas company PGNiG Peter of Lviv (Piotr Woźniak) stated that the ECJ was affected by the strength of arguments: Gazprom will not get access to 80% of the capacity of the OPAL gas pipeline. It is a success for Poland and a blow to Russia?

Andrzej Talagi (Andrzej Talaga): Yes, it is a blow for the Russians and the Polish success. We have long called strictly comply with the provisions of the European energy package. It concerns including OPAL. In a nutshell, the idea is to split the gas supplier and the manufacturer. It is reasonable and logical, because it allows to avoid the appearance of market monopolies. So in this case the motives were not so much anti-Russian political and how much economic. It is important to maintain the economic independence of individual EU countries and the EU in General.

— Why the initial decision of the European Commission seemed to PGNiG and the government is so dangerous that they decided to protest it?

The OPAL is from North to South, gas from Nord stream comes on it in Germany, Austria and the Czech Republic. If OPAL was in Russian hands, the Russians would have received de facto the possibility to sell gas in the whole of Central and Western Europe, bypassing Ukraine and Poland. Special danger it poses to Ukraine, because, firstly, she would lose transit fees, and secondly, would lose the role of a transit country. In the end Russia at any time could cut off its gas: other buyers, this overlap will not affect.

— Is there despite the new decision, the risk that Gazprom will still remain a monopolist in the European gas market?

— There is no such danger. Gazprom is just trying to protect their position. The share of Russian gas on the European gas market decreases from year to year. Additionally, implemented solutions in line with energy solidarity of the EU, for example, to build bridges between Poland and Germany or Poland and the Czech Republic. The European gas market has been created, to provide him full security, you need to create more bridges. Wherever did the gas from Libya, Qatar or Russia, it can be redistributed without regard to the producing countries, primarily Russia. In the coming years Gazprom will not think so much about monopoly, but about the protection of those positions, what was he before.

— Should we be afraid that Gazprom will not back down and will try to defend their opinion on the OPAL? If he could see to the policy of fait accompli?

— Gazprom cannot implement such a policy, because the OPAL is on German, not on Russian territory. So a key role is played by the position of the German leadership: whether it is the decision of the Court of justice. It is unlikely that it did. To exert that pressure, which forced to abandon the Court’s decision, Gazprom is unable. Rather, it will try to go the legal route to challenge the verdict, to put forward their own arguments. It can also try to make a control over the OPAL gas pipeline are less obvious, involving the process of other companies. The actions of the Russian companies, most likely, will go in this direction. 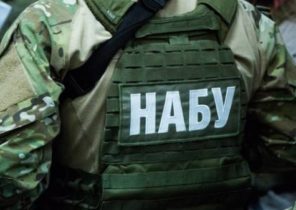