Today, December 29, the national Bank of Ukraine (NBU) has established such rates of major foreign currencies against the local currency.

The Euro fell by 14 kopecks. The Russian ruble is “recovered” for six cents.

On Wednesday, December 28, at the interbank currency market of Ukraine the dollar rate increased by 35 to 45 cents. Bidding closed quotations led light bulbs 26,95/of 27.15 hryvnia to the dollar. The Euro on the interbank market grew by 19 – 31 kopecks and amounted to 28/28,2 hryvnia for one Euro. Today’s auction has not started yet.

In turn, the economist Alexander Okhrimenko connects the fall with the consequences nacionalizaciya PrivatBank. 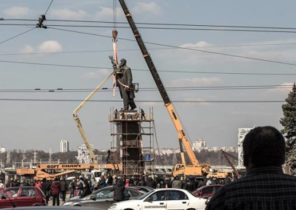 Decommunization holidays: will Ukrainians without March 8 and may weekend