On 20 July in Berlin representatives of the Federal government laid wreaths at the memorial to the victims of Hitler’s dictatorship in Plotzensee. Thus honored the memory of fallen members of the famous assassination attempt on Adolf Hitler (Adolf Hitler) — an explosion in his headquarters “Wolfschanze” on the territory of modern Poland. Because of the pandemic, the event took place without the audience present and was broadcast live.

At the ceremony, the Minister of defence of Germany Annegret Kramp-of Karrenbauer (Annegret Kramp-Karrenbauer) has described the attempted assassination of Adolf Hitler as a “revolt of conscience”. Governing mayor of Berlin Michael Muller (Michael Müller) said that the remembrance day is “an integral part of living democracy in Germany.” According to Mueller, it is especially important to counteract the denial of Nazi crimes.

The conspiracy known as “operation Valkyrie” or “the conspiracy of the generals”, organized a group of officers, unhappy with the policies of Hitler. On the life of Chancellor attempted repeatedly, but all such attempts have failed. On 20 July 1944 Colonel Claus von Stauffenberg (Claus von Stauffenberg) planted a briefcase bomb in the conference room in the “Wolfschanze”. However, one of the participants moved prevented him from a suitcase behind the massive Cabinet, and explosives were on the other side of Hitler.

During the explosion killed four people, another twenty, including Hitler, were injured. The Stauffenberg managed to leave the “Wolfschanze” and get to Berlin. But in the evening the Colonel and several of his associates were captured and executed.

In Germany today, members of the conspiracy are considered to be national heroes. 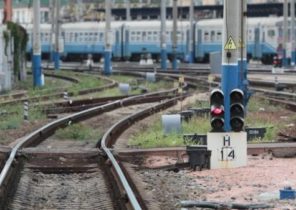