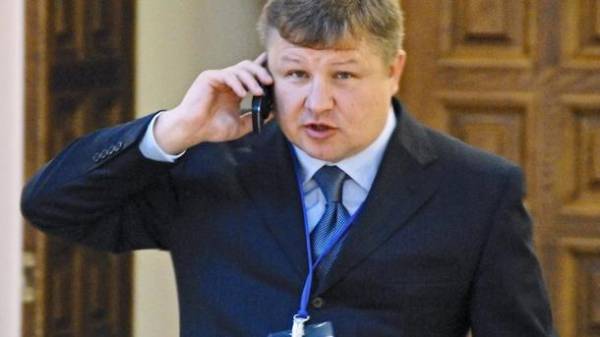 In the Altai, in the lake fell private helicopter. The main thing On Board was the former Deputy Prime Minister of the Republic Anatoly Bannykh, the survivors of a plane crash eight years ago, reports Meduza.

February 12, in the Altai Republic near the Teletskoe lake is missing private Robinson R66 helicopter, which was carrying five people. Among the passengers was former Deputy Prime Minister of the region, Anatoly Bannykh, who had already been in a plane crash in 2009, he was on Board the helicopter that crashed during the hunt officials on argali.

Private helicopter crashed in Teletskoye lake on the evening of 12 February. The helicopter refueled at cordon Kokshi on the shores of Teletskoye lake and went to the side of the reservoir, which is considered one of the most popular tourist sites in the Altai mountains. The flight was unauthorized: according to “Altapress”, flying over the lake at night is prohibited. According to an eyewitness, an employee of Altai reserve Sergey Usik, the helicopter fell into the water from a height of about 200 metres, when he was about a kilometer from the shore. An eyewitness claims that the helicopter crashed “almost spin”; while the crash was a strong cross wind. On Board the helicopter were five people, they rested at a local camp site. This pilot Dmitry Rakitskaya, his wife Elena, General Director of the helicopter complex Heliport Moscow Maria Kozintsev, base jumper Gleb Voevodin and Altai entrepreneur and former Vice-Premier of the Altai Republic Anatoly Bannykh. Initially it was reported that onboard the helicopter could be the kids Bath, but this information was not confirmed. The helicopter passengers may not know each other — they are, as the newspaper writes, lived in different cottages in our resort and drove at different times. Why they went to lake Teletskoye in the dark, unknown.

The body of one passenger was found. Day on 13 February, the body of Elena Rakitskaya washed ashore. The search for the remaining four continue the helicopter operation will involve underwater vehicle. In total, the search operation is directed 160 employees and 12 pieces of equipment, including helicopters.

Bannykh was party hunting on argali helicopter eight years ago. 9 January 2009, crashed helicopter Mi-171. Of the 11 passengers and crew members killed seven persons, including the Plenipotentiary of the President of the Russian Federation in the state Duma Alexander Kosopkin. Among the four survivors was Bannykh, then — Vice-Premier of the Altai Republic. In the area of the crash site found three shot argali — mountain sheep listed in the Red book; the Bath is later confirmed that two men from among the passengers of the helicopter shot at a rare animal.

After the crash of 2009, Bath retired from the civil service. On the fact of illegal hunting was filed, the court at first acquitted, and then under review it was closed for lapse of time.