In Transcarpathia announced the SECOND level of danger

In Ukraine in the result of bad weather are de-energized 100 settlements in three areas. This was reported on the website of the State service for emergency situations.

“As of 7:00 a.m. on 12 July as a result of complications of weather conditions (rain, gusts) due to the actuation of protection systems power lines de-energized 100 settlements in three areas, namely: Lviv – 54, Rivne – 29 and Transcarpathian – 17”, – stated in the message.

In addition, rescuers have warned about the deteriorating weather conditions on July 12. In the area of the Carpathians and Transcarpathia declared yellow and orange danger level.

“In the Western areas of significant rain, thunderstorms, in some areas hail and squalls of 15-20 m/s, at night and in the morning in Transcarpathia in places strengthening of a wind to 25 m/s, in the highlands, up to 30-35 m/c (first level of danger, yellow) in the Carpathians and in Transcarpathia heavy rain (II severity, orange)”, – wrote the press service of the SSES. 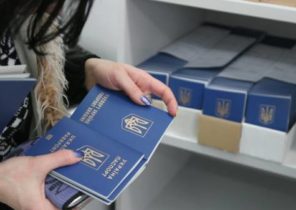