Trade technological war between the US and China is gaining momentum, she is drawn more and more countries of Western Europe. A particularly sharp struggle in the market of new generation networks 5G, which is dominated by Chinese Huawei is one of the largest companies in the world in the field of telecommunications. The United States put increasing pressure on its allies, demanding to exclude Huawei in the development of new generation networks. Washington claims that the Chinese company posed a serious threat to the security of the West. USA has already made Huawei in the “black list” of opponents, accusing him of espionage and attempting to infiltrate the American Internet and the strategic sectors. Official Beijing and Huawei reacted angrily to the decision, saying that Washington violates the principles of free trade.

The last episode on the European front was the intention of the British government to abandon the technology of Huawei. This decision was made under tremendous pressure from the United States. According to the British defense Minister, Ben Wallace, his country has no choice, because the relationship with America is more important than the benefits from deals with China. Otherwise it would threaten the great trade agreement that the UK is going to conclude with the United States. But in January of this year, London made a limited (35%) participation of Huawei in the creation of next generation networks 5G — with the exception of military and strategic objects. However, in late may Prime Minister Boris Johnson changed his position, stating that by 2023, the participation of Huawei will be reduced to almost zero. Johnson at the same time, under US pressure, plans to eliminate the dependence of the UK on Chinese medical equipment, and other strategic imports. Now British officials are discussing plans for the replacement of Chinese products on 5G technology from South Korea (Samsung), Japan (NEC) and Scandinavia (Nokia, Ericsson), while in the area of 5G technologies, they significantly lag behind Huawei. This decision will cost the UK as for the money, and the time of transition to new generation networks.

In recent days, France has actually joined the “anti-China” front, announcing that it would use technology Huawei only in exceptional cases, failure to find alternative suppliers. The head of the national Agency for cybersecurity Guillaume Poupard said that a complete ban will not, however preference will be provided to other companies. The operators who are already using Huawei technology, you get permission for a limited period (from three to eight months) that will be for the Chinese to be a serious obstacle for further expansion on the French market of mobile communication. This decision was good news for the national French companies Bouygues Telecom (“Bouygues Telecom”) and SFR. French Telecom giant Orange has already commissioned the development of 5G networks of the Scandinavian companies Nokia and Ericsson.

Germany has not decided the issue of Huawei, but also under pressure of the United States, in the Bundestag, go to fierce debate. Deutsche Telekom is already working with Huawei in the creation of the 5G networks, but the rejection of partnership with the Chinese will cost her at least EUR three billion and delay the project for five years. The Germans call such a scenario “Armageddon”, but keeping the partnership with Huawei, they fall under U.S. sanctions.

There is no doubt that unfolded in the West, the campaign against Huawei was part of a larger geopolitical confrontation between the USA and China, which only worsened on the backdrop of a pandemic coronavirus. According to analysts, the struggle for “global leadership” has entered the acute phase, and the United States raise a different kind of coalition against a strategic competitor. The main formula of the day — decoupling — economic “separation” from China, which practically means the end of globalization. Applies even more radical of formula — de-sinicisation “desititute”. Indeed, China’s share in world trade scares the West. Before the epidemic, Chinese exports amounted to 2 trillion 383 billion dollars per year, much more than the main competitors — the USA, Germany, Japan and South Korea. China accounts for a quarter of world industrial output, the country delivers not only components, but also high technology in all regions of the world. In this regard, the US is trying by all means to undermine the credibility of China as a major scientific and technological power, because this strategy adheres to Chinese leader XI Jinping with his ambitious program of “Made in China 2025”. American firms are prohibited cooperation with Huawei, including the absolute prohibition is imposed on the supply of chips and computer technology from the United States. Huawei, according to Western intelligence agencies, directly subordinated to the Chinese Communist party and engaged in intelligence gathering in the West. The Federal communications Commission (FCC) late last year made Chinese telecommunications companies Huawei and ZTE in the “black list” as a threat to national security.

The epidemic of coronavirus has dealt a serious blow not only to the economic expansion of China, but also the reputation of the country. The US openly accused Beijing authorities of deliberately concealing information on covid-19, threatening to “bill” for damages. LON Yuntu — former chief coordinator for China’s accession to the WTO finds that China really threatens exclusion from the new global economic order that will be the end of the epidemic of the coronavirus.

The economy added geopolitics: the last time the situation deteriorated on the outer perimeter of the borders of China. Armed conflict with India, military confrontation with the United States in the South China sea (where the expanding presence of China are also Vietnam and the Philippines, despite sometimes sounding pracitise rhetoric Philippine President Rodrigo Duterte). Add to this the territorial disputes with Japan over uninhabited Islands, and also the situation around Hong Kong and Taiwan. All this has led to cobbling together a kind of anti-Chinese coalition. Emerging on the West point of view generalizes the Australian analytical centre, Lowy Institute: “the United States and its allies must seriously consider measures in the field of economy, politics and security in order to counteract non-transparent, aggressive and expansionist China. We need to recognise that China has a problem on his own, he represents a threat to regional and world stability and security. USA needs to stop the continued degradation of relations with Russia, which pushes her into the arms of China.” However, in the case of Huawei “United West” late. The Chinese company has already signed with the Russian MTS the agreement on the development of communication networks of the new generation of 5G. The agreement with Huawei was signed by the leaders of the two countries Vladimir Putin and XI Jinping in Moscow in June 2019. All Russian operators have expressed their willingness to participate in this project. 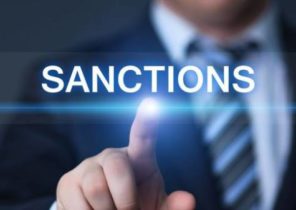