In Rushmore (South Dakota) there is a rock in which are carved in stone portraits of four US presidents. In American society, a discussion whether to blow up this mountain: it is only two of the four “fathers of the Fatherland” were not slaveholders, Abraham Lincoln and Theodore Roosevelt (in new York, by the way, a few days ago was demolished the other statue of Theodore Roosevelt because of its racist symbolism.) While George Washington had 300 slaves, and Thomas Jefferson not only owned more than 600 people, but even started with one of her slaves some children.

In this regard, the question of the explosion of the monuments cannot be called polemical — he only makes obvious the lack of clarity in our relationship to lieux de mémoire — “places of memory”. This concept in 1978 introduced the French historian Pierre Nora (Pierre Nora) to his eponymous seven-volume work. In Germany in 2001 came out the same book “German places of remembrance” (Deutsche Erinnerungsorte).

Contradictory attitude toward history is particularly dangerous in the United States, because that’s where slavery has very deep roots. After all, slave owners were not only presidents Washington and Jefferson, but also James Madison, James Monroe (the author of the famous “Monroe Doctrine”), Andrew Jackson, John Tyler, James Polk, and many others. Even the family of General Ulysses Grant owned slaves — the Grant, who led the troops of the Northern States at war with the slaveholding South.

Strictly speaking, in American cities ought in this case to rename half the streets. After all, those of them who are not just numbered, and have names, usually named after presidents of the past — with a few exceptions, like the streets of Martin Luther king.

The question of the dividing line

In this place we find ourselves in these wilds, through which I want to draw a dividing line between what constitutes the history of the country, and what is on the political agenda.

Sometimes it’s not a problem. So, there was a brazen provocation against the descendants of slaves, when four years ago, someone in the four southern States raised over there the Moody theater Confederate flags. You could write a separate Chapter about how States in the South (Alabama, Georgia, Louisiana, Mississippi, Oklahoma, South Carolina and Tennessee) failed to turn in their flags elements reminiscent of the times in the camp of the confederates.

No one would grieve for the statue of Jefferson Davis (Jefferson Davis) in Richmond, he led the Southern States during the Civil war of 1861-1865 — like the monument to Admiral Raphael Sams (Raphael Semmes), and many monuments to the soldiers of the southern army which has managed to demolish the protesters Black Lives Matter or who abolished the power of cities.

Ambiguous the situation around the monument to Christopher Columbus, because the immediate political provocative potential, I do not see it. We don’t want to live in a world that sets up and then demolishes monuments, then again to install them, and where the past is declare sacred or curse.

Otherwise, we would be supporters of the Taliban* who in 2001 blew up the Bamiyan Buddha statues or Hindu fanatics, who in 1992 destroyed the Babri mosque in Ayodhya in Northern India.

An example of how non-trivial it is possible to resolve historical contradictions, shows the post-Soviet Russia. After the collapse of the USSR, Leningrad was once again renamed to Saint Petersburg is well known. But not all at the same time know that the area remains Leningrad.

Even more strange situation in the city, where, in 1918, was executed Tsar Nicholas II and his family. In Soviet times the city was called Sverdlovsk in honor of the party functionary Yakov Mikhailovich Sverdlov, for whom the Royal family were exiled to Yekaterinburg. Since 1991, the city again bears the name of Empress Catherine the great, but the area remained in Sverdlovsk. But that’s not all: the Central street, on which stands the monument to the family of “martyrs” of the Romanovs, is the name of Sverdlova, flowing forth into the street of Karl Liebknecht.

Similar situation and in Irkutsk near lake Baikal: there is a wide street of Karl Marx rests on the square on which stands the monument to Alexander III — the most reactionary Tsar of the XIX century.

Classroom as the most obvious example

In the far Eastern Vladivostok, oddly enough, there is no statue of Lenin or Karl Marx in the city centre. This city was the stronghold of the whites in the Civil war, and this is evident immediately upon arrival there. In the waiting room of the local station is the final station of the TRANS-Siberian railway — is a small altar dedicated to the then Tsarevich Nicholas II, opened this railway line in 1891. Nevertheless, the Central area “the capital of the counterrevolution” is called the square of Soviet power (according to Google and Yandex, the square with the same name in Vladivostok, there is the square of the Fighters of the Revolution — approx. transl.).

The most obvious example of this historical syncretism, combining disparate contradictions, is perhaps a classroom in one of schools of Krasnoyarsk, which I have visited. There on the wall behind the teacher hung a portrait of Tsar Nicholas (left) and Lenin (right).

The only historic figure, about which the Russians can not peacefully negotiate, is Stalin.

However, this “eclecticism” is not innocuous — through it constantly breaks chauvinism: all, whether tsarists or the Bolsheviks, were sons of the eternal mother Russia. In this regard, recall the immortal words of the writer Samuel Johnson (Samuel Johnson): “Patriotism is the last refuge of a scoundrel.”

However, one must admit that in these Russian cities alive the memory of the people, in other places erased: for example, Prince-anarchist Peter Kropotkin, whose name in Novosibirsk named an entire district; on the Liebknecht in Irkutsk or about Jean-Pierre Marat, traces of which in France is impossible almost anywhere (as Robespierre and Saint-Juste). Anyway, this is my way of touching, to be in the heart of Siberia and walk through the Park of the Paris commune in Irkutsk.

* a terrorist organization banned in Russia 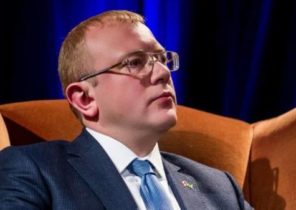 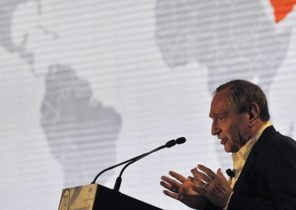 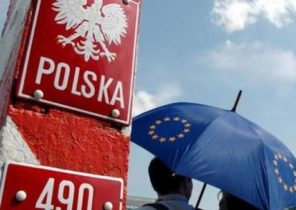