The total number of infected reached 24 761

In Argentina the doctors that have recently came out to protest, a day identified 1 141 cases of coronavirus, which is the highest figure since the start of the new pandemic pneumonia. It is reported by the Ministry of health of the South American Republic.

The total number of infected reached 24 761. Most new cases were reported in the province of Buenos Aires- 545. It is followed by the capital of the 535 cases.

The day confirmed the death of 24 patients with the coronavirus, the total number of deaths has reached 717. Recognized recovered was 7 568.

We will remind that since March 3, the Argentine government confirmed the country’s first case of coronavirus. From 20 March in Argentina was introduced by General quarantine. June 4 President Alberto Fernandez announced the cancellation of the mandatory regime of social exclusion in most regions, and maintaining strict limits on presence on the street in Buenos Aires.

Earlier in Argentina has developed a test to detect coronavirus in two hours. This test does not require sophisticated equipment.

It was also reported that in Brazil, the number of victims of coronavirus in days again exceeded one thousand. 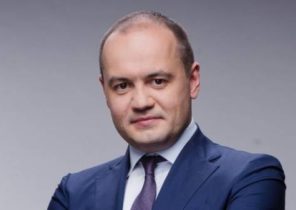