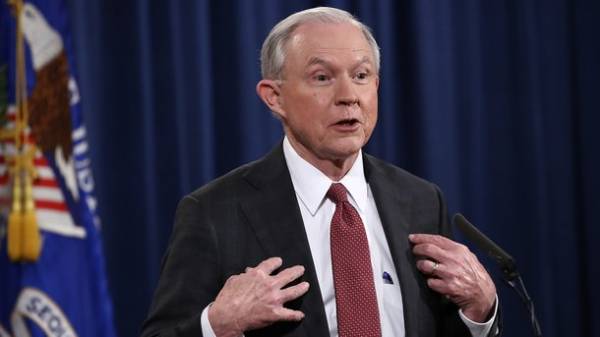 The attorney General and Minister of justice Jeff sessions told, about what spoke with the Russian Ambassador in Washington Sergei Kislyak. He stated this during a press conference, reports the TV channel “112 Ukraine”.

According to him, they phoned in advance and arranged a meeting, which was also attended by the office staff and Roman sessions.

“We talked a bit about the problem of terrorism, as far as I remember, and suddenly there was the topic of Ukraine — the Ukrainian Ambassador before he was in my office. He (Kislyak) said that Russia did nothing wrong,” said sessions.

He also remembered that he told Kislyak about his trip to Russia in 1991.

In addition, the words and Roman sessions, the Russian Ambassador invited him to lunch, but the attorney General refused.

During a press conference U.S. attorney General recused himself in the investigation of relationships trump with Russia.