Recently a new wave of intense confrontation between Russia and the United States. Strategic bombers B-1B U.S. air force has repeatedly staged a provocative demonstration outside the Russian “gate” than it has attracted wide international attention and cast a shadow on regional security.

According to numerous us media reports, recently, the us military strategic bombers B-1B often show strength against Russia in many directions.

May 11 in the direction of Europe from the United States flew fighter B-1B to execute jobs on a rapid attack of the enemy, located at a far distance. During the maneuver he performed a training flight refueling with tanker aircraft KC-135 of the 100th refueling wing of the British and American air force and flew over the airspace of Denmark, Poland, Latvia, Lithuania and other States. The plane also held joint exercises with the air force fighter Danish F-16 fighters and Polish air force F-16 and MiG-29.

May 20 air forces in Europe, the US announced that two B-1B us air force base Ellsworth in South Dakota for the first time flew over the airspace of Sweden. After that the American B-1B and four fighter Swedish air force JAS-39 Gripen conducted a joint flight after the implementation of close air support. Fighter British Royal air force Typhoon escorted the B-1B for the duration of the flight. In addition, to refuel B-1B and its accompanying aircraft in the air in flight also participated tanker aircraft, the U.S. air force KC-135 and the Dutch air force KDC-10. Jeffrey Harrigan, commander of the air forces of the USA in Europe, said: “At this time, joint exercises of long-range bombers have strengthened our relations with European allies and has demonstrated the ability of the U.S. armed forces to reach any point of the globe”.

If we talk about the Asia-Pacific direction, 21 may, Indo-US Pacific command issued a message stating that the B-1B from the composition of the 9th expeditionary bomb squadron completed a 24 hour non-stop flight training. Presumably, the day the plane B-1B, which carried out a global demonstration mission of the air force, flew over the sea of Okhotsk. This is a marginal sea in the northwestern Pacific ocean and is the main area of activities of the Russian Pacific fleet. Japanese media reported that the B-1B flew from the Northern Pacific, the Kuril Islands and entered airspace over the sea of Okhotsk.

On the same day, two other aircraft B-1B flew to Alaska to conduct joint military exercises together with the F-22 and F-16. This group of fighters was first conducted large-scale military exercises in the area of the joint Pacific range, and then the B-1B turned around and flew to Japan to perform together with the nuclear aircraft carrier “Reagan” and anti-submarine patrol aircraft P-8A maneuvers with anti-ship missiles, long range.

A fairly restrained response to Russia

Playing an important role in the process of demonstration of the U.S. air force in the Asia-Pacific and European regions, the B-1B can carry a large number of missiles “air-surface” long-range for defense aerospace, ammunition for a frontal assault and anti-ship missiles, long-range, as well as other types of weapons. The aircraft is able to apply defensive and anti-ship strikes from a distance. The B-1B can also fly at supersonic speeds and has powerful offensive and defensive abilities.

The last time the B-1B holds frequent flights in the airspace close to Russia and joint exercises with allies and the outside world considers these actions as a demonstration of power aimed against Russia. Commenting on the recent activity of the B-1B in Europe, the American media expressed the opinion that the move is aimed at strengthening relations between the United States and its European allies, and further strengthen the strategic deterrence of Russia.

Japanese media called flight of the U.S. air force from the Russian “gate” of the air space over the sea of Okhotsk — an unprecedented step and “the biggest provocation” for the last time, because this sea area is an important position of the Russian nuclear submarines to launch missiles underwater launch. American media compared the operation with the “dance on the bear’s paw.” It was noted that during this provocation, the us military has also sent several fighters F-22 and F-16 as escorts, “apparently using military force to put pressure on Russia.”

Russia’s reaction to the above actions of the us military were more than restrained. When B-1B was in the airspace over the sea of Okhotsk, the Russian army had not sent fighters to intercept, and the air defense system s-400 was not powered.

Summarizing all told, the recent frequent maneuvers a B-1B from the Russian “gate”, on the one hand, implementing the execution of the American strategic military requirements for “permanent presence of the bombers” and “the dynamic development of military forces,” and work out the ability of the US to unexpected strategic blow from a long distance and fighting together against Russia. On the other hand, the US military also hope that through the frequent appearance of B-1B “legacy of the cold war”, which is on the verge of extinction, back to life and will continue to play a strategic deterrent role.

Moreover, in the context of the fact that the United States announced its withdrawal from the Treaty on open skies, and continue to demonstrate their strength on the periphery of Russia, the intensity of strategic games between America and Russia will be maintained at a high level in the foreseeable future. Despite the fact that Russia’s reaction to the flight of the B-1B this time was pretty low-key, the review the international community it becomes clear that if in the future U.S. strategic maneuvers or reconnaissance actions will overwhelm the patience of Russia, it will inevitably lead to tough military countermeasures and impact on the regional security situation.

In addition, the potential combat capabilities of the B-1B also deserve special attention. It is alleged that the US air force has developed a detailed plan for fitting out aircraft with two types of hypersonic weapons: aeroballistic missile rapid response AGM-183A and hypersonic aircraft weapons.

Timothy ray, commander of air force Global strike command, said his goal is to Commission at least one squadron of the upgraded aircraft B-1B capable of carrying hypersonic cruise missiles AGM-183A. If the B-1B will be equipped with hypersonic weapons, in combination with sufficient awareness of the military situation in the Asia-Pacific region and Europe, it is likely that he will become the “main asset” of the US to deter Russia and other opponents in the future. Similar trends deserve attention. 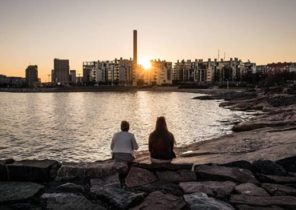 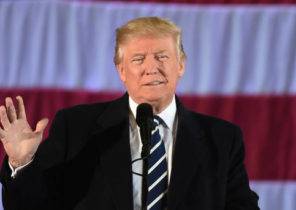