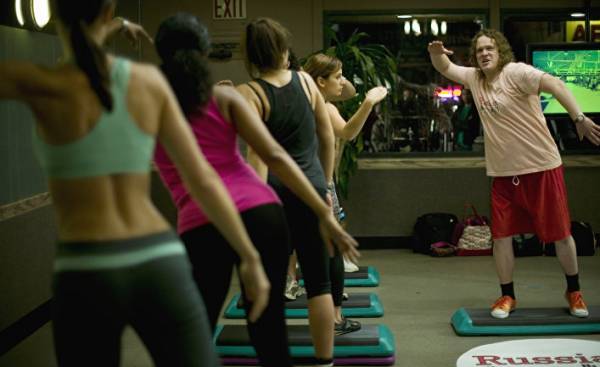 You have the genes of harmony? I mean genes that are typical for people who are toned and slender by nature. Recently, scientists have discovered a gene that apparently makes the subcutaneous fat tissue to burn more fat. “Each of us knows people who can eat what they want and not gain weight”.

Joseph Penninger (Josef Penninger) — geneticist at the University of British Columbia. According to him, it’s possible that people who manage to stay slim without much effort, hold a key to understanding the nature of obesity. Scholars interested in exploring how we can control our weight, have traditionally focused their attention on those aspects that cause obesity — for example, diet and characteristics of metabolism.

“But the scientists never really studied why some people basically are not fattening. So we decided to change tactics and explore the genetics of harmony”. Penninger and his colleagues began the study database collected by one of the Estonian centre for genetics, to find the most slender of people. They immediately weed out those who are suffering from anorexia and other diseases that change the percentage of fatty tissue in the body. Then they began to look for genetic markers that are common to these “Skinny Petes”.

Their attention was attracted by one gene. ALK-a gene that encodes a protein of the anaplastic lymphokines, is a gene whose mutation provokes the development of cancer in humans. “But normal function normal forms have not yet been determined”. Therefore, scientists decided to bring fruit flies and mice with a mutation in this gene. “To prove that this gene is associated with harmony in people makes slim including flies and mice. This is what we found out.”

But this mutation of the gene makes flies and mice to eat less. “We found that ALK-gene acts in our brain and allows our body to burn more calories for the same volume of food eaten”. That is, the brain orders the subcutaneous fat to burn more stored fat.

“Men, mice, and, we believe, flies are thin. That is, in the course of evolution this mechanism has switched from insects to humans, and we believe it opens up a whole new era of harmony”. The results of the research were published in the journal Cell.

Currently there are drugs that suppress the mutation of the ALK gene that causes cancer. This means that ALK-gene is, as one would say scientists, the aim, beyond the effects of drugs. “So maybe one day we really will invent the pill that will allow us to stay slim”.