May 22 in the family of Ukrainian singer Irina Bilyk tragedy – has left the life of a mother artist Anna Yakovlevna. On the death of 72-year-old woman, the singer announced on his page in Instagram: “goodbye, my love mommy.”

Anna Yakovlevna was extremely close with her daughter – her best friend and example. The woman worked in one of the Ukrainian channels by the chef. Always been an active and joyful. 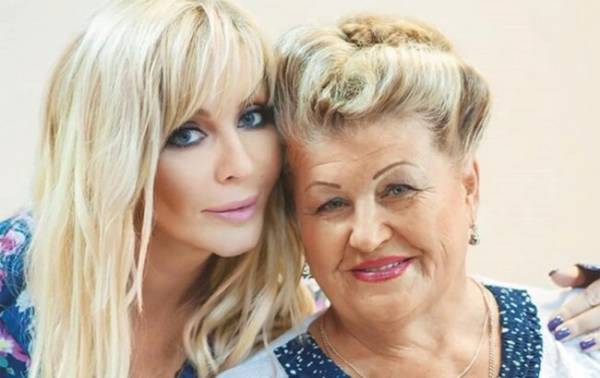 In January of this year, in an interview with Iryna Bilyk noted that the mother feels great. We will remind, in the autumn of 2019 was not the father of the singer, who struggled with lingering illness. What caused the death of Anna Yakovlevna, singer said.

Meanwhile, in the Network of famous friends and colleagues, with whom the woman was familiar and also was a friend, expressed words of support for her famous daughter.

“Ira, we are with you! Our condolences. We are all incredibly loved Anna Yakovlevna. It is impossible to realize it” – was written by the singer Alina Grosu.

“Ira, dear, what a sad news… Hold on! Of power to you. Now your mom is your guardian angel,” wrote Russian singer Philip Kirkorov.

The star gathered friends and family goodbye, which was held may 24 at the Baikove cemetery, where conducted Anna Yakovlevna in the last journey. However, Bilyk asked the media not to disturb their family in such a difficult period.

The journalists of the program “Sravi way” on TV channel “Ukraine”, as well as the editors Today.Lifestyle are sympathetic to the request of the famous singer and her family Express words of sympathy.

We will remind that on 16 October 2019 has left the life of a father of Iryna Bilyk – Nikolai Semenovich. The man died in his birthday. The singer then published video footage of the parents.